Lodewijk Woltjer at the 1997 IAU General Assembly in Kyoto 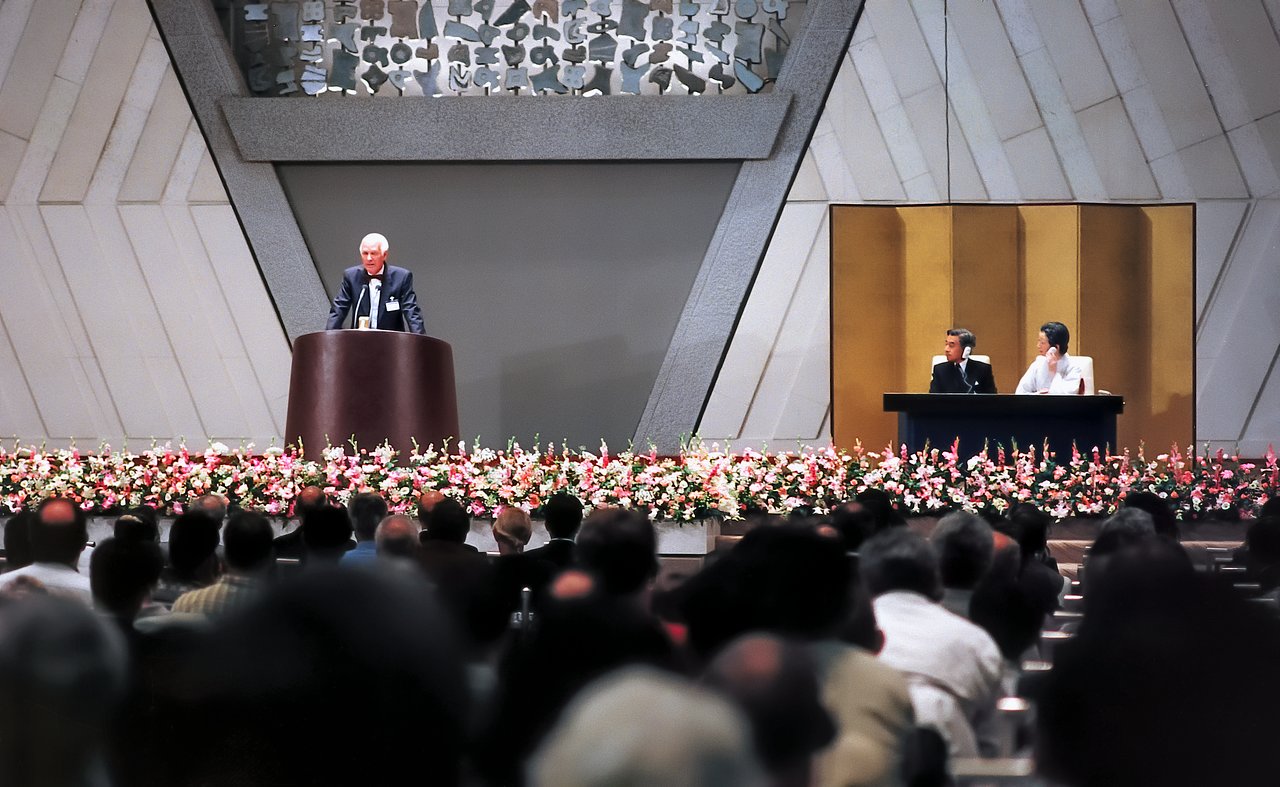 Professor Lodewijk Woltjer speaking at the 1997 IAU General Assembly in Kyoto (Japan) during his time as IAU President, one of several roles in which he progressed international cooperation in astronomy. On the right, His Majesty Emperor Akihito and Her Majesty Empress Michiko of Japan take part in the Meeting.