The scope of the work of the Commission goes all the way from theory and modeling of stellar and planetary atmospheres to observational spectroscopic studies of these objects. The main emphasis is given to bridging the gap between the theorists/modelers and the observers/spectroscopists, rather than concentrating on these topics individually. In practice, the main thrust is on addressing the issues of how to make theory more useful for observers, and how to make observations more powerful by judiciously using a proper theoretical description.

The scope of the previous Commission 36 Theory of Stellar Atmospheres was extended to investigate atmospheres the of substellar mass objects, such as brown dwarfs and exoplanets. The reason for this is that modeling atmospheres and predicting spectra of substellar objects is conceptually very similar to studying classical stellar atmospheres, so that a fruitful interaction between the stellar and planetary communities will be mutually beneficial. The Commission will actively promote such an interaction. 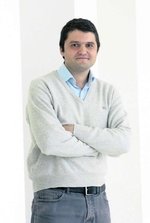