The Shaw Prize in Astronomy 2019 is awarded to Edward C. Stone, David Morrisroe Professor of Physics and Vice Provost for Special Projects, California Institute of Technology, USA, for his leadership in the Voyager project. The latter has, over the past four decades, transformed our understanding of the four giant planets and the outer Solar System, and has now begun to explore interstellar space. This prestigious award is one way in which the Shaw Prize promotes astronomy, a goal shared by the IAU. The two organisations have a collaboration agreement which, among other things, involves promotion of astronomy in education through the Annual Shaw–IAU Workshop Astronomy for Education.

The Voyager project consists of two spacecraft launched by NASA in August and September 1977 to explore the outer Solar System. Both spacecraft flew past Jupiter and Saturn in the period 1979–1981, and Voyager 2 also visited Uranus in 1986 and Neptune in 1989. For the foreseeable future, Voyager 2 will remain the only spacecraft to have visited Uranus and Neptune. These unique data are particularly important for the study of exoplanets, since Uranus and Neptune now appear to be more representative of the bulk of the exoplanet population than the other Solar System planets.

The highlights of the encounters from Voyager’s journey include:

Voyager 1 is now 145 times as far from us as the Sun and has become the most distant human artefact, while Voyager 2 is the second most distant. Many of their instruments continue to send back valuable data, more than forty years after the launch date. After this long voyage, the spacecraft has finally reached the outer boundary of the Solar System.

There are several possible ways to define the “boundary” of the Solar System, but the most natural one is the heliopause. The heliopause marks the end of the heliosphere, where the wind of ionized gas emitted by the Sun is finally halted by the pressure from interstellar gas. Inside the heliopause, space is filled by low-density material from the Sun, while outside the heliopause it contains material from other stars. Voyager 1 and 2 crossed the heliopause in 2012 and late 2018, respectively, and returned data on the velocity, density, temperature and other properties of the ambient plasma as the spacecraft crossed into interstellar space. This was the final major milestone of the Voyager mission.

Although many scientists and engineers have devoted much or most of their careers to Voyager, the dominant figure in the mission is Edward C. Stone, who has served as Project Scientist from 1972 to the present — over 45 years — and is also in charge of one of the spacecraft’s 11 instruments. During the planetary flybys, he became internationally known as the public spokesman for Voyager, and explained Voyager’s scientific discoveries to the public with remarkable lucidity and scientific authority.

Astronomy is one of three categories in which the Shaw Prize is awarded, the other two being Life Science & Medicine and Mathematical Sciences. While the IAU naturally collaborates with the astronomy branch, the organisation would like to congratulate the scientists recognised in all three fields. The winner of the prize for Life Science & Medicine is Maria Jasin, for her work on DNA in mammalian cells, that has led directly to the tools enabling editing at specific sites in mammalian genomes. The winner of the prize for Mathematical Sciences is Michel Talagrand, for his work on concentration inequalities, on suprema of stochastic processes and on rigorous results for spin glasses. 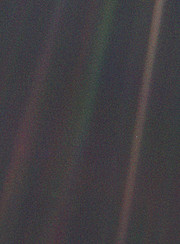