The 2013 Gruber Cosmology Prize recognises Viatcheslav Mukhanov and Alexei Starobinsky for their formative contributions to inflationary theory, an essential component for understanding the evolution and structure of the Universe.

According to the Prize citation, the theoretical work of Viatcheslav Mukhanov and Alexei Starobinsky "changed our views on the origin of our Universe and on the mechanism of its formation of structure". They made a "profound contribution to inflationary cosmology and the theory of the inflationary perturbations of the metric of spacetime. This theory, explaining the quantum origin of the structure of our Universe, is one of the most spectacular manifestations of the laws of quantum mechanics on cosmologically large scales."

Thanks to their contributions, scientists have provided a compelling solution to two of the essential questions of cosmology: Why is the structure of the Universe so uniform on the largest scales? Where did the departures from uniformity — such as galaxies, planets, and people — come from?

Mukhanov, full professor of physics at the Ludwig‐Maximilians‐Universität in Munich, and Starobinsky, the principal research scientist at the Landau Institute for Theoretical Physics in Moscow, will share the $500 000 award, which will be presented on 3 September 2013 as part of the COSMO 2013 conference at the Stephen Hawking Centre for Theoretical Cosmology in Cambridge, UK.

The work for which they are being honoured began in the late 1970s and early 1980s, during a period of fertile, even fervid, theoretical investigations into the earliest moments of the Universe. In 1965 astronomers had discovered the cosmic microwave background — relic radiation dating to an era 13.8 billion years ago, when the Universe was approximately 380 000 years old, during which hydrogen atoms and photons (packets of light) decoupled, causing a kind of "flashbulb" image that pervades the Universe to this day. This discovery validated a key prediction of the Big Bang theory and inspired a generation of theorists.

Among them was Starobinsky, then a senior research scientist at the Landau Institute. His approach was to use quantum mechanics and general relativity to try to address how an expanding Universe might have originated. While he did not resolve that issue, the calculations that he made in 1979–1980 did indicate that the Universe could have gone through an extraordinarily rapid exponential expansion in the first moments of its existence.

The following year Mukhanov (Moscow Physical‐Technical Institute) and G. V. Chibisov (Lebedev Physical Institute, Moscow; he passed away several years ago), began working on the implications of quantum fluctuations within the Starobinsky model. Quantum fluctuations — disturbances in the fabric of space predicted by Heisenberg's uncertainty principle — are always present in the Universe. But in an extremely small, extremely dense, and extremely energetic newborn Universe they would have had an outsized presence. What's more, the kind of exponential expansion that Starobinsky was proposing would have stretched those fluctuations beyond the quantum scale. In 1981 Mukhanov and Chibisov discovered that these fluctuations could play the role of seeds that would eventually blossom into the present-day large-scale web‐like structure of the Universe: galaxies, clusters of galaxies, and superclusters of galaxies.

When this mechanism was first proposed, it looked like a piece of science fiction. Quantum fluctuations usually appear only on tiny subatomic scales, so the idea that galaxies were born from quantum fluctuations seemed totally outlandish. And yet the subsequent developments in theoretical and observational cosmology strongly favour this possibility.

Shortly after Starobinsky's work was completed, the American physicist Alan Guth proposed a brilliant idea that an exponential expansion stage of the early Universe, which he called inflation, could explain the incredible uniformity of our Universe and resolve many other outstanding problems of the Big Bang cosmology. However, Guth immediately recognised that his proposal had a flaw: the world described by his scenario would become either empty or very non‐uniform at the end of inflation.

The original goals of the Starobinsky model were quite different from the goals of inflationary theory. Instead of trying to explain the uniformity of the Universe, he assumed that the Universe was absolutely homogeneous from the very beginning. However, it was soon realised that the mathematical structure of his model was very similar to that of new inflation, and therefore it naturally merged into the rapidly growing field of inflationary cosmology.

Since then, increasingly precise observations of the cosmic microwave background radiation have provided decisive matches for theoretical predictions of how those initial quantum fluctuations would look after the Universe had been expanding for 380 000 years. Those observations include all‐sky maps produced by the Cosmic Microwave Background Explorer (COBE), the Wilkinson Microwave Anisotropy Probe (WMAP), and the Planck satellite. John Mather and the COBE team received the Gruber Cosmology Prize in 2006; Charles Bennett and the WMAP team received theirs in 2012. Back in 1979, Starobinsky also found that an exponential expansion of the Universe should produce gravitational waves — a quantum by‐product of general relativity, and a target for the new generation of instruments that are expected to come into operation over the next decade.

The IAU is an international astronomical organisation of more than 10 000 professional astronomers from more than 90 countries. Its mission is to promote and safeguard the science of astronomy in all its aspects through international cooperation. The IAU also serves as the internationally recognised authority for assigning designations to celestial bodies and surface features on them.

The Gruber International Prize Program honours contemporary individuals in the fields of Cosmology, Genetics, Neuroscience, Justice and Women's Rights, whose groundbreaking work provides new models that inspire and enable fundamental shifts in knowledge and culture. The Selection Advisory Boards choose individuals whose contributions in their respective fields advance our knowledge, potentially have a profound impact on our lives, and, in the case of the Justice and Women's Rights Prizes, demonstrate courage and commitment in the face of significant obstacles.

In 2000, the Gruber Foundation and the International Astronomical Union (IAU) announced an agreement by which the IAU provides its expertise and contacts with professional astronomers worldwide for the nomination and selection of Cosmology Prize winners. Under the agreement, The Gruber Foundation also funds a fellowship programme for young astronomers, with the aim of promoting the continued recruitment of new talent into the field. 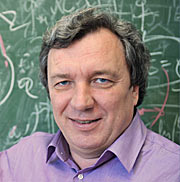 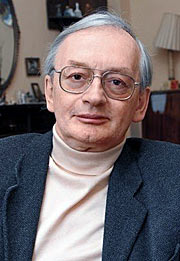