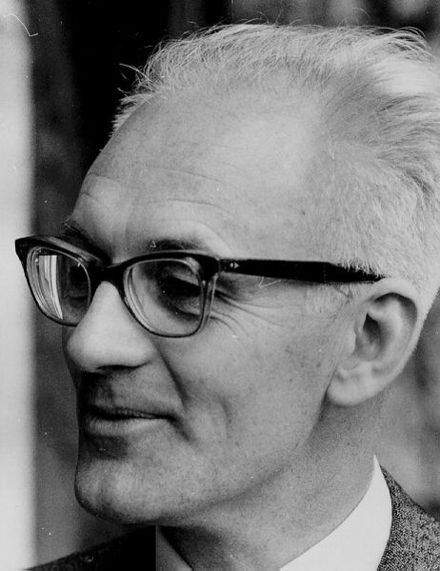 In the afternoon of May 27th, Prof. Kees de Jager has passed away at the age of 100 in his place of birth Den Burg, Texel. As a pioneer of Dutch space research he founded the predecessor of SRON and as a prominent astronomer he led the Sonnenborgh observatory for a long time. De Jager continued to publish scientific articles and popularize science until just before his death.

Kees de Jager (April 29, 1921 Den Burg, Texel - May 27, 2021 Den Burg, Texel) studied physics, mathematics and astronomy at Utrecht University. In 1952 he obtained his doctorate under supervision of Prof. Marcel Minnaert studying the hydrogen lines in the solar spectrum. However, his scientific interests were broad and later shifted to among others solar flares and super/hyper giants. In 1961 De Jager founded the Laboratory for Space Research (predecessor of SRON) and served as its first director until 1983. This led to for example the launch of the first Dutch satellite ANS. At the same time (1964-1977) he was director of the Sonnenborgh astronomical institute, which became world-leading in solar research thanks to Minnaert and De Jager.

As a widely acclaimed scientist, director and science organizer, De Jager served as Secretary General of the IAU (International Astronomical Union) and President of COSPAR (Committee on Space Research). He received dozens of honorary degrees and awards, including honorary doctorates, the Russian Gagarin Medal for space research and the Gold Medal from the Royal Astronomical Society London.

As a passionate popularizer of science, De Jager became known and loved for his great involvement and efforts in amateur astronomy. It earned him various awards and honorary memberships at the KNVWS and other associations in The Netherlands. During his lifetime he gave countless public lectures, up to a very old age. As a writer he published dozens of books and hundreds of (popular scientific) articles, including his memoirs in Retrospect 1 and 2. As an amiable person and teacher, he was and remains a great source of inspiration for generations of (amateur) astronomers.

'Kees had a striking personality and was an eminent astronomer, an excellent director and a gifted speaker,' says Frank Verbunt (SRON), astronomer and former student of Kees de Jager. 'His great knowledge, combined with a sympathetic character and diplomatic skills will certainly have played a role in this, as well as the fact that as a Dutchman he was fluent in French, German and English. As a Texel native, he was immune to authority and averse to nonsense, but above all a very amiable person. The mark that Kees has made on astronomy will never be erased.'

Bas Nugteren (former director of Sonnenborgh): 'Kees always remained the friendly, modest man, always interested in the well-being of others and always approachable. He was a driving force in creating a public observatory/museum for meteorology and astronomy in the historic observatory of Sonnenborgh. Kees' life was deeply connected with Sonnenborgh, scientifically and as an inspiration and popularizer; a plaque on the old observatory will forever honor this great man. Kees not only stood on the shoulders of giants, he was one himself.'

Follwo the links below to watch the celebration of Kees de Jager's 100th birthday, from April 2021 in Sonnenborgh: