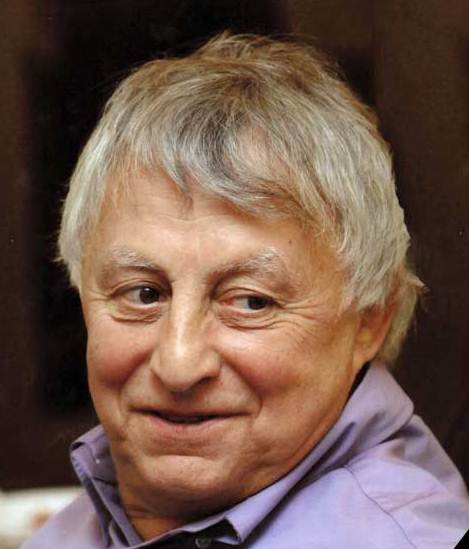 A. M. Finkelstein was born 1942 in Tavda of Sverdlovsk Region; graduated from the Leningrad State University (1968); worked at the Institute of Theoretical Astronomy of the USSR Academy of Sciences (from 1969 to 1973); in the Leningrad Branch of Special Astrophysical Observatory of the USSR Academy of Sciences (from 1973 to 1988) where he started as Junior Researcher and worked up to the position of Head of Branch; and at the Institute of Applied Astronomy of the USSR Academy of Sciences (now of RAS) as Director (from 1988 to his death in 2011); became Doctor of Sciences (1990), Professor in Astrometry and Celestial Mechanics (1999), a Corresponding Member of RAS (2003), a Foreign Member of the Royal Swedish Academy of Engineering Sciences, the Honoured Scientist of the Russian Federation (1999). He earned the Russian Federation Government prize in Science and Technology (2004).

A.M. Finkelstein is a Soviet and Russian astronomer. He is widely known in Russia and abroad as one of the greatest specialists in relativistic celestial mechanics, space geodesy and radio interferometry with very long baselines (VLBI). He was among the founders of such new scientific area as the fundamental positioning and time support which arose in early 1980s at the intersection of astrometry, radio astronomy and radio engineering.

A. M. Finkelstein formulated the first complete post-Newtonian relativistic theory of VLBI observations in the early 1980s. Its basic points are used now as a standard for reductions of high precision astrometric and geodetic VLBI measurements. At the same time, he developed new efficient algorithms for resolving the phase ambiguity of VLBI observations using multi frequency methods.

Since the mid-1980s, A.M. Finkelstein began work on the development of a scientific and technical project for creating a permanent VLBI network to solve astrometry, geodynamics and space geodesy problems. This idea was later carried out in practice by the “Quasar” project. To implement this project, the Institute of Applied Astronomy of the USSR Academy of Sciences was established in 1987, and A.M. Finkelstein was appointed its Director. Under the leadership of A.M. Finkelstein, the Institute became one of the largest astronomical institutions in the country and the leading Russian institute in the field of radio astrometry, space geodesy and VLBI technology.

As a talented researcher with a wide range of proposition interest, A.M. Finkelstein published 268 scientific works in Russian and international journals. He was active in teaching, was the head of the Radio Astronomy Department at the St. Petersburg State Electrotechnical University and the Branch Head of the St. Petersburg State Polytechnic University’s Department of radio physics. A total of 12 his researcher students and followers obtained their Doctoral and PhD degree.

A.M. Finkelstein was the chairperson of the RAS "Positioning, Navigation, and Time Support" Scientific Council, the chairperson of the section "Astrometry, Celestial Mechanics and Applied Astronomy" of the Scientific Council of the Russian Academy of Sciences on Astronomy, a member of the Board of Directors of the International VLBI Service for Geodesy and Astrometry. He earned the A.F. Ioffe Award (Saint Petersburg Scientific Center of RAS and the Government of St. Petersburg) and Yu.A. Gagarin Award (Roscosmos).

A.M. Finkelstein died on September 18, 2011 and was buried in the Pulkovo Memorial Cemetery. Minor planet (5706) Finkelstein is named in his honour.