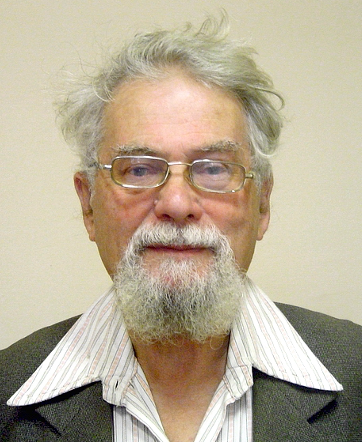 V.A. Shor was born in 1929 in Kharkov; graduated from the Kharkov University (1952); was a postgraduate student (from 1956 to 1959) in the Institute of Theoretical Astronomy of the USSR Academy of Sciences (ITA); Junior (from 1959) and Senior (from 1967) ITA Researcher; Deputy Head of the ITA Minor Planet and Comet Department (from 1967); Head of the Minor Planet Dynamics Laboratory (from 1989 to 1998); Leading Researcher (from 1998) of the Institute of Applied Astronomy of the Russian Academy of Sciences (IAA RAS); headed the IAA RAS Minor Planet Laboratory (until 2004); completed his PhD thesis "The Satellite Case Solution of the Three Body Problem Using the Hill-Brown Method on High Speed Computers" (1961) and Doctoral thesis "Theories of motion and ephemeris support of planets and satellites" (1999).

V.A. Shor is a Soviet and Russian astronomer. His PhD thesis described an automated process to create an analytical theory of satellite motion affected by strong perturbations from the Sun (the Hill-Brown Lunar Method). The Solar perturbations in the motion of Jupiter’s satellite VII were calculated by the program he developed. In the mid-1960s, V. A. Shor’s task was to maintain scientific collaboration with the Crimean Minor Planet and Comet Group of Observers. Close cooperation with this group has led to increase the accuracy of the data in the annual "Ephemerides of Minor Planets" (EMP) which had been published by ITA at the request of IAU since 1948.

V.A. Shor was engaged in studying the motion of Mars satellites from 1965. Processing the Phobos and Deimos observations for the period 1877-1973 allowed him to specify the theory of their motion and to resolve a debatable issue of their secular accelerations. The mass of Mars and the orientation of its rotation axis were specified. These satellite ephemerides were used in the preparation of Soviet expeditions to Mars and ensured successful observations of satellites from the Phobos-2 spacecraft in 1989.

V.A. Shor and G.A. Chebotarev studied (1970s) the issues of the dynamic structure of the asteroid belt, the evolution of this structure and the origin of the whole belt. V.A. Shor headed (the late 1970s) the work to automatize completely the minor planet orbit improvement process based on observations and the calculating process for the annual EMP tables. At the end of the 1980s, he initiated the development of more advanced integrated software packages of EMP.

In the early 1990s, he turned to the problem of asteroid-cometary hazard. V. A. Shor co-authored a number of works on improvements in the orbit data from the radar and optical observations and studied potentially dangerous asteroid motion over long-time intervals. He is one of the developers of a software system to forecast approaches of asteroids and comets to the Earth and the Moon and to describe possible scenarios of the catastrophic consequences of collisions.