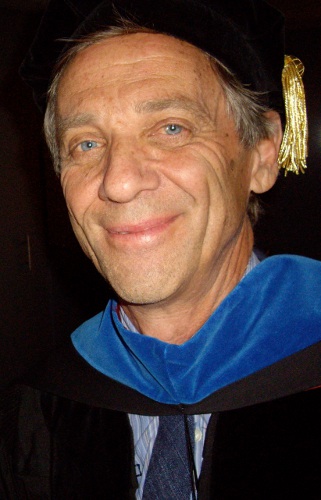 Donald Charles Backer, discoverer of millisecond pulsars, died of a heart attack on July 25, 2010, at age 66 near his home in Berkeley, CA. Don was at the peak of his career in terms of research involvement and administrative responsibilities. His sudden passing was a shock to all who knew and worked with him.

Don was born in Plainfield, NJ, on November 9, 1943. He graduated from Cornell University in 1966 with a BS in engineering physics. His career was shaped by the dual aspect of this training: technical expertise and intense curiosity with the physics of the universe. He was also an intercollegiate swimmer for Cornell. He then went to the University of Manchester, UK, for an MSc degree. While there, he was caught up in the general excitement surrounding the discovery of pulsars at nearby Cambridge, the rotating neutron star remnants of supernova explosions. He returned to Cornell in 1968 for further graduate study and almost immediately began working under the guidance of Frank Drake on pulsars with the then-new Arecibo 1,000-ft. telescope. His PhD was awarded in 1971 for a thesis entitled Radio Intensity Fluctuations in Pulsars, in which he described the phenomenon of missing pulses and drifting subpulses in pulsar emission. He was a postdoctoral fellow at the National Radio Astronomy Observatory (1971-73) and the NASA Goddard Space Flight Center (1973-75), where he developed a lifelong interest in the field of very long baseline interferometry (VLBI). In 1975 he moved to the University of California at Berkeley, where he remained for the rest of his career, first as a research astronomer with the Radio Astronomy Lab (RAL) and after 1989 as a professor of astronomy. He served as chair of the Astronomy Department for six years and was the director of the RAL from 2008 until his death. At that time, he was overseeing the development of three radio facilities spanning a frequency range from 0.2 to 200 GHz and involving widely different technologies: the Precision Array to Probe the Epoch of Reionization (PAPER), the Allen Telescope Array (ATA), and the Combined Array for Research in Millimeter-Wave Astronomy (CARMA).

In the early 1980s, Don became obsessed with understanding the nature of the peculiar radio source 4C21.53, originally dubbed a "scintar." Its scintillation, or "twinkling" caused by the intervening ionized interstellar medium, suggested it was a very compact object, and its steep decametric spectrum suggested it was a pulsar, but no pulses in the normal range of repetition rate were found. With exemplary determination over several years, he and his colleagues used the Arecibo telescope to isolate the compact component of the source and finally uncover a pulsar having the unprecedentedly high repetition rate of 642 Hz – the first millisecond pulsar (1.558 ms period), known thereafter as PSR 1937+21. His colleagues vividly recall his jubilation at solving the mystery of the fast pulsar. Millisecond pulsars are thought to be old neutron stars that have been "recycled," or spun up, late in life by accretion from a companion object. About 100 millisecond pulsars are now known. The steadiness of their pulses makes them extremely accurate clocks, with fractional stability of 1 part in 1015. Don was among the earliest proponents of setting up pulsar timing arrays, which, with ever-improving timing accuracy, should be able to detect gravitational waves from coalescing objects such as black holes or the stochastic primordial background. Measurement of the perturbations in pulse arrival times due to the passage of gravitational waves over the earth and the pulsars appears to be the most promising technique for gravity wave detection at frequencies in the nanohertz range, far below the ranges of instruments such as the Laser Interferometer Gravitational-Wave Observatory (LIGO) and the proposed Laser Interferometer Space Antenna (LISA).

Another achievement of Don’s career was to push the development of VLBI to ever-higher frequencies. He brought the 25-m telescope at Berkeley’s Hat Creek Observatory into the first organized VLBI Network in 1976, along with five other US telescopes. He served the organization as executive officer and wrote the first user manual, which greatly helped to make VLBI accessible to non-experts. The success of this network led to the construction of the Very Long Baseline Array. He worked with various VLBI arrays for more than a decade to characterize and measure the angular dimensions of the radio source known as Sagittarius A*, formed in the accretion envelope of the black hole in the center of our galaxy. Further work on this source is expected to produce detailed images and clues to the behavior of matter in extreme relativistic conditions.

In the mid-2000s, Don turned his attention to one of the grand challenges of modern cosmology, the detection of fluctuations in neutral hydrogen distribution during the epoch of reionization by imaging the redshifted radiation of the 21-cm line (z = 6–10) in three dimensions. Mainly aided by graduate students, he built PAPER from scratch. Independent arrays were set up in West Virginia and South Africa, and they have begun pushing down the limits of the spatial fluctuations in the radiation distribution, reminiscent of the successful efforts in the early 1990s to measure the fluctuations in the cosmic microwave background.

Don was greatly respected in his roles as Astronomy Department chair and director of RAL. He tried constantly to break down barriers and bring people together. He frequently reminded his radio astronomer colleagues that they should eschew the technical parochialism of their field and think broadly in trying to understand the universe. Ironically, he was one of the most technically accomplished radio astronomers in the field. For his pioneering work in radio astronomy, Don was awarded the Jansky Lecturship of the National Radio Astronomy Observatory in 2003.

(Adapted from an article by the author in Physics Today, July, 2011, with permission from AIP.)