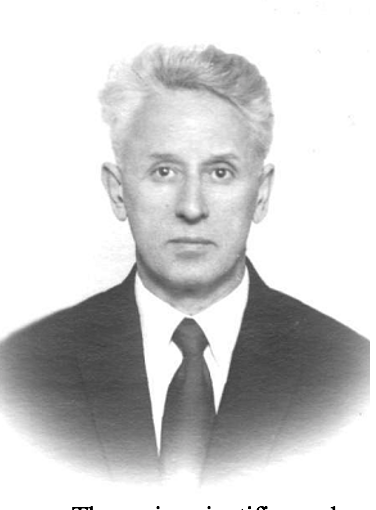 Born 19.12.1921 in Zaporozhye. In 1939, he entered the Moscow State University. From 1942 to 1946, he was in the army and participated in the Great Patriotic War. In 1949, he graduated from Moscow State University, and in 1952 – postgraduate studies at the State Astronomical Institute named after P. K. Sternberg. After graduate school (1952-1960), he worked in the Chief editor office of "The Great Soviet Encyclopedia". In 1961, he joined the Astronomical Council of the USSR Academy of Sciences (now INASAN) as a Scientific Secretary (1961-1968) and Senior Researcher (until 1997). Ph. D. (1959).
Member of COSPAR since 1963, Member of International Astronomical Union since 1964. Deputy chair of Space Toponymy Comission under the Presidium of the Academy of Sciences of USSR since 1977.

The main scientific works relate to the history of astronomy, the observation of artificial Earth satellites and space toponymy, the author of about 100 scientific works. N. P. Erpylev for three decades was associated with the organization of a network of optical stations of artificial satellites observations in the USSR and abroad, took an active part in the development of methods of observations and astrometric reduction of the results of measurements of the positions of the satellites. With his participation, observational tools and software for real-time observations were created, which made it possible to maintain the operation of the Space Monitoring System at a high world level during the difficult years of Perestroika.

During the last 20 years of his life, N. P. Erpylev represented Soviet and Russian astronomy in the IAU Commission on space toponymy; with his active participation, many names of Soviet scientists were recorded in the names of structures on the surface of the far side of the Moon, and a gazetteer of spare names for newly discovered formations on the bodies of the Solar system was created and maintained.
Thanks to the editorial efforts of N. P. Erpylev, the latest achievements in astronomy and cosmonautics were correctly described in the main encyclopedic publications; under his editorship, the "Encyclopedia of the Young Astronomer" was published.