This new WG is a combination of two WGs: “Classical Observatories from the Renaissance to the 20th Century” and the Inter-Commission B7-C4 WG “Windows to the Universe: High-Mountain Observatories, and Other Astronomical Sites of the Late 20th and Early 21st Centuries”.

These former WGs were established in close cooperation with C4 to support the development and coordination of nominations of classical and modern astronomical observatory sites from the Renaissance to the 21th century for inscription on the UNESCO World Heritage List (WHL).

We have set up a web portal with case studies for UNESCO's Astronomy & World Heritage Initiative.

I addition the Commission C4 published two Thematic Studies (TS1, 2011, and TS2, 2017, both ed. by Clive Ruggles et al.), in addition for Classical Observatories there exists a Thematic Study T0 (2009), ed. by Gudrun Wolfschmidt. As well, we also promote research and publication in the history of observatories and their instruments.

The aim of the WG is to advance the WHL nomination project "Route of astronomical observatories", which focuses on the possible serial (multi-site) nomination of a number of classical observatories all over the world, combining observatories in different continents, connected by scientific cooperations or by comparable scientifc instrumentation.

We want to enhance the recognition of these observatories for their outstanding universal scientific and cultural value (in agreement with the goals of Commission C4). The WG will work as a joint initiative with experts from the UNESCO World Heritage Centre and its advisory bodies (ICOMOS and IUCN) to promote and guide the development of (perhaps serial transnational) applications.

The goals of having these observatory sites recognized as World Heritage Sites are twofold:

(a) to enhance the recognition of these sites for their exceptional scientific and cultural value (in line with the goals of Commission C4), and

(b) to enhance the protection of these places as sites of active astronomical research, particularly focusing on protection against mining, light pollution, and radio spectrum interference (in line with the goals of Commission B7).

Because the nomination is a very long process we have discussed the creation of an IAU Certificate which can be awarded to astronomical sites or institutions that have played a significant role in the history of astronomy. The idea of the former chair Gudrun Wolfschmidt was to call the nominated institutions the “IAU List of Outstanding Astronomical Heritage” (OAH). Here is the link to the webpage, which was started in 2018 and presented during the GA in Vienna. But this is only the starting point, we will continue it in the next three years (suggestions of observatories to be included are welcome). This "IAU List of Outstanding Astronomical Heritage" (OAH) should be considerably enlarged.

In addition, in the next three years we want to continue with the support of nominations of classical and modern observatories and we would like to generate further case studies for the web portal.

The connection to dark skies (B7 Protection of Existing and Potential Observatory Sites, C4 WG5 Starlight and World Heritage) should also be included as a heritage issue in both cases. For the most recent sites it is about preserving exceptional skies, but in other cases it is about preserving general qualities of the natural environment that help reinforce their cultural value (see TS2, p. 297-298). 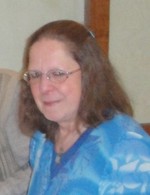 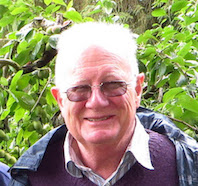