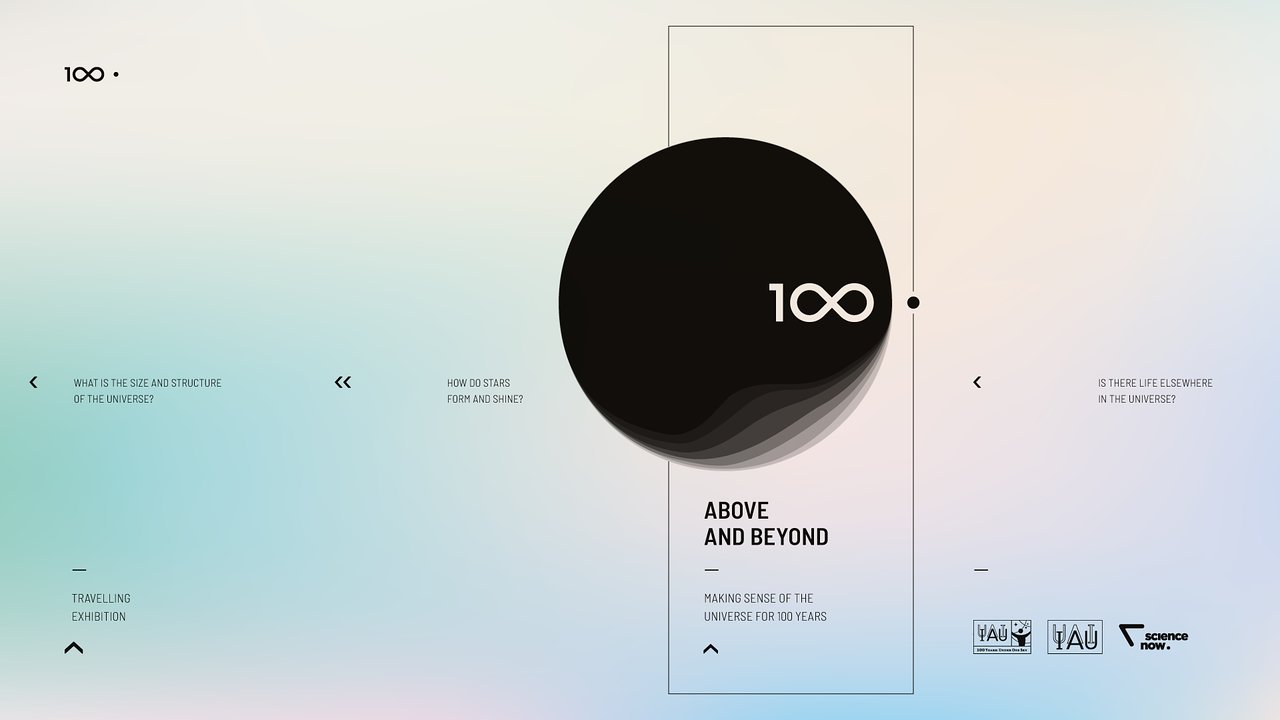 The Above and Beyond open-source exhibition was launched at the International Astronomical Union (IAU) General Assembly in Vienna, Austria. The exhibition — commissioned within the framework of the IAU 100th anniversary celebrations — showcases some of the most significant and surprising astronomical breakthroughs that have shaped science, technology and culture over the last century. Designed in the spirit of open science, it is available as a travelling exhibition, touring major European cities in 2018 and 2019.