Lighting up the night 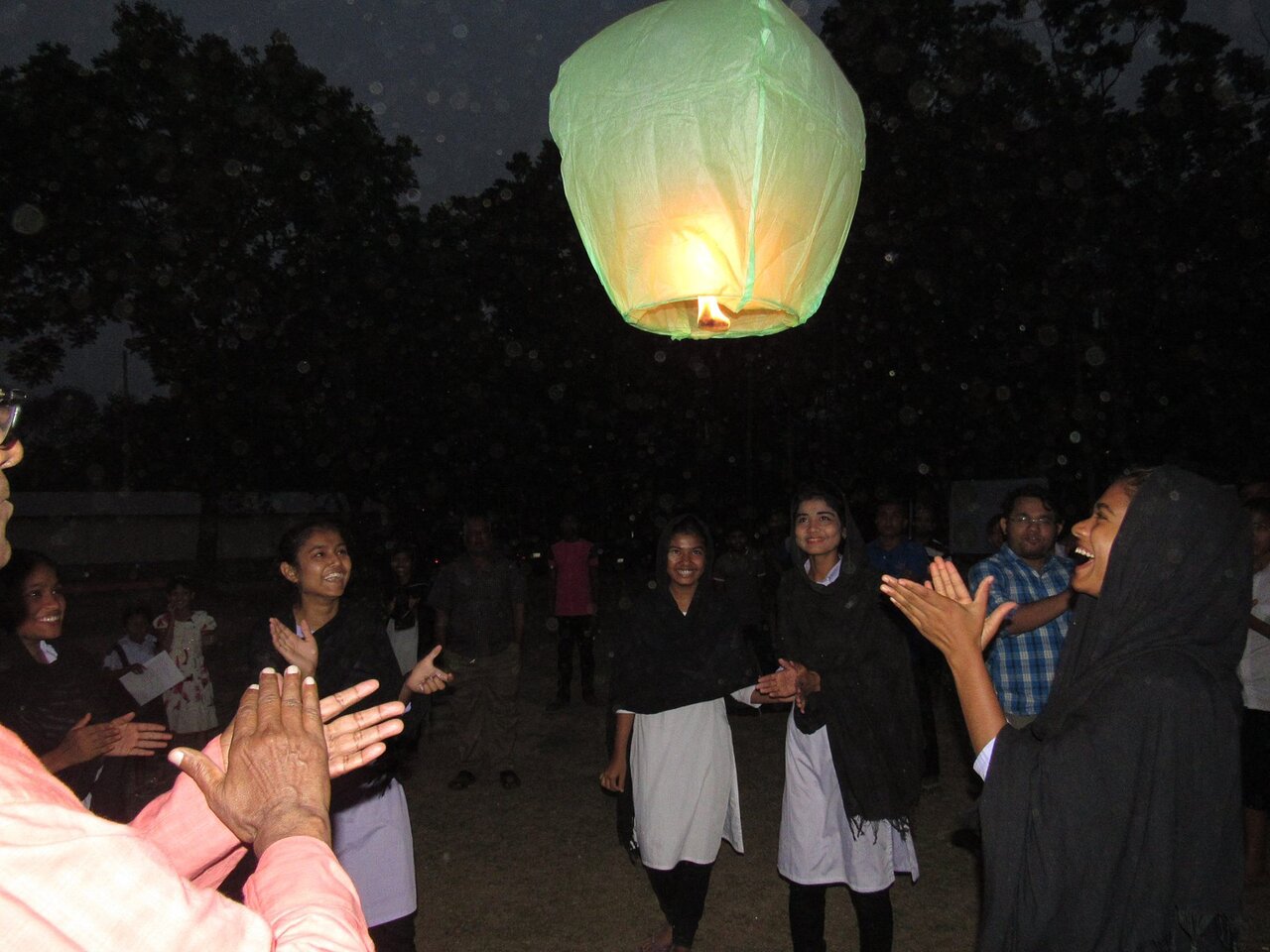 High-school students release a lantern during an astronomy camp that was held in 2016 as part of the Astronomy Center in Bangladesh project. This was one of several astronomy camps held for local students in preparation for the Pilot Astronomy Outreach Center, which the project established as the first of its kind in Bangladesh. The aim of the project, which was supported by the OAD, was to inspire people to think about careers in science and technology, as well as to use astronomy to promote global tolerance and citizenship.