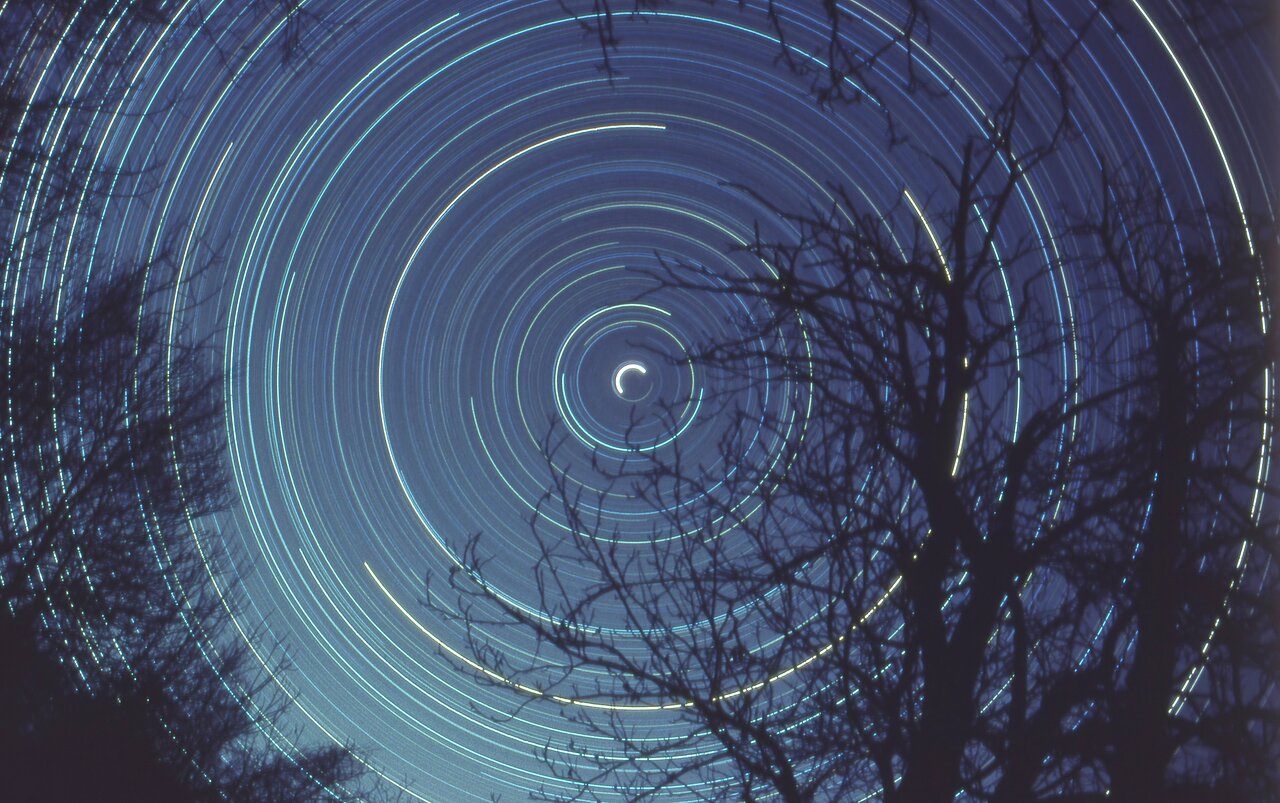 This star trail image shows the apparent movement of the stars in the night sky, which results from the Earth’s rotation around its polar axis. The trees in the foreground serve as an anchor as we turn with the Earth. The bright white semi-circle in the center of the image is the North (Pole) star – Polaris, which is located very close to the North Celestial Pole. One way to imagine that the Earth is at center of hollow crystal sphere, and the stars are embedded on this sphere, as the Earth spins on its axis, an observer on Earth sees the stars rising and setting, following an arc, because the horizon prevents the observer from the full arc for stars that are further away from the Celestial Pole. The North Celestial Pole (and its opposite the South Celestial Pole) is essentially formed by extending the line of the Earth’s axis. Capturing this image requires the photographer to take a long exposure with the camera on a tripod and pointing towards the Pole Star (North Hemisphere). In the Southern Hemisphere there is no star as close as Polaris is to the Celestial Pole, so the position of the South Celestial Pole is found using the South Cross and Pointer Stars (Alpha and Beta Centauri). Although overall the image has a slight blue tint, it does capture the varying colours of stars, it is easy to distinguish between the higher temperature blue stars and the lower temperature of the whitish stars, and even lower temperature reddish stars. The reason for this variation in colour is because higher temperature stars emit more in shorter wavelengths (bluer), compared to lower temperature stars which emit in longer wavelengths (redder).