Map of Pluto with new names 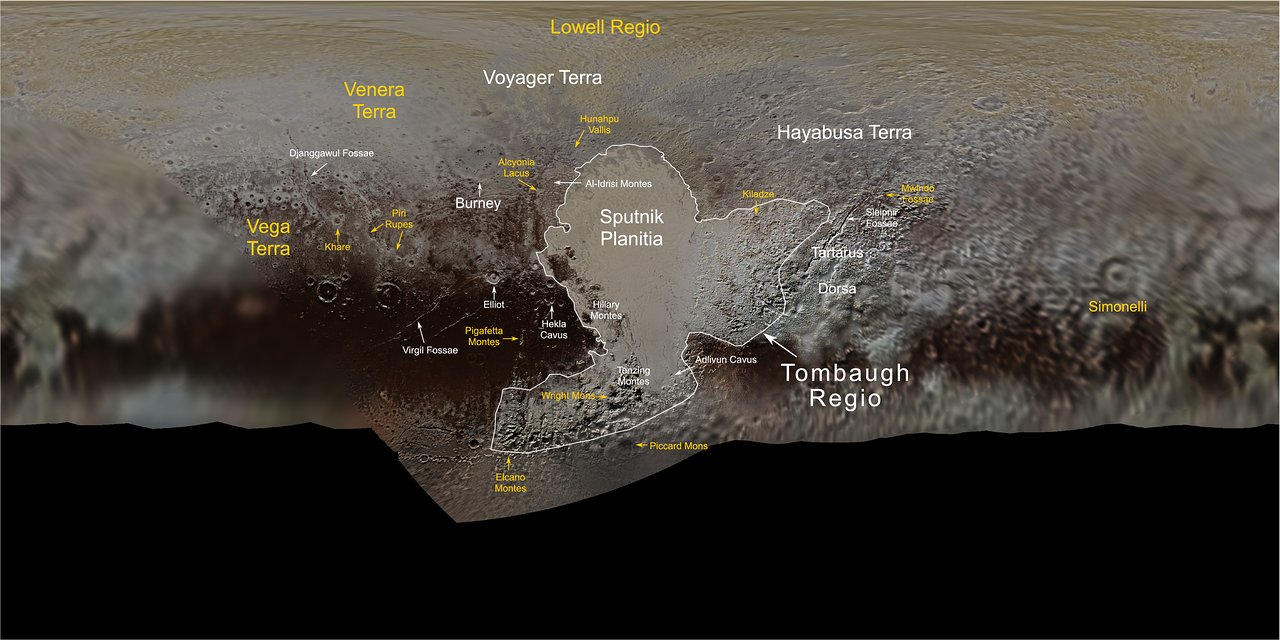 This map, compiled from images and data gathered by NASA’s New Horizons spacecraft during its flight through the Pluto system in 2015, contains the full roster of Pluto feature names approved by the International Astronomical Union. Names from the latest round of nominations are in yellow.