The Sky on Bike project by SPACE India 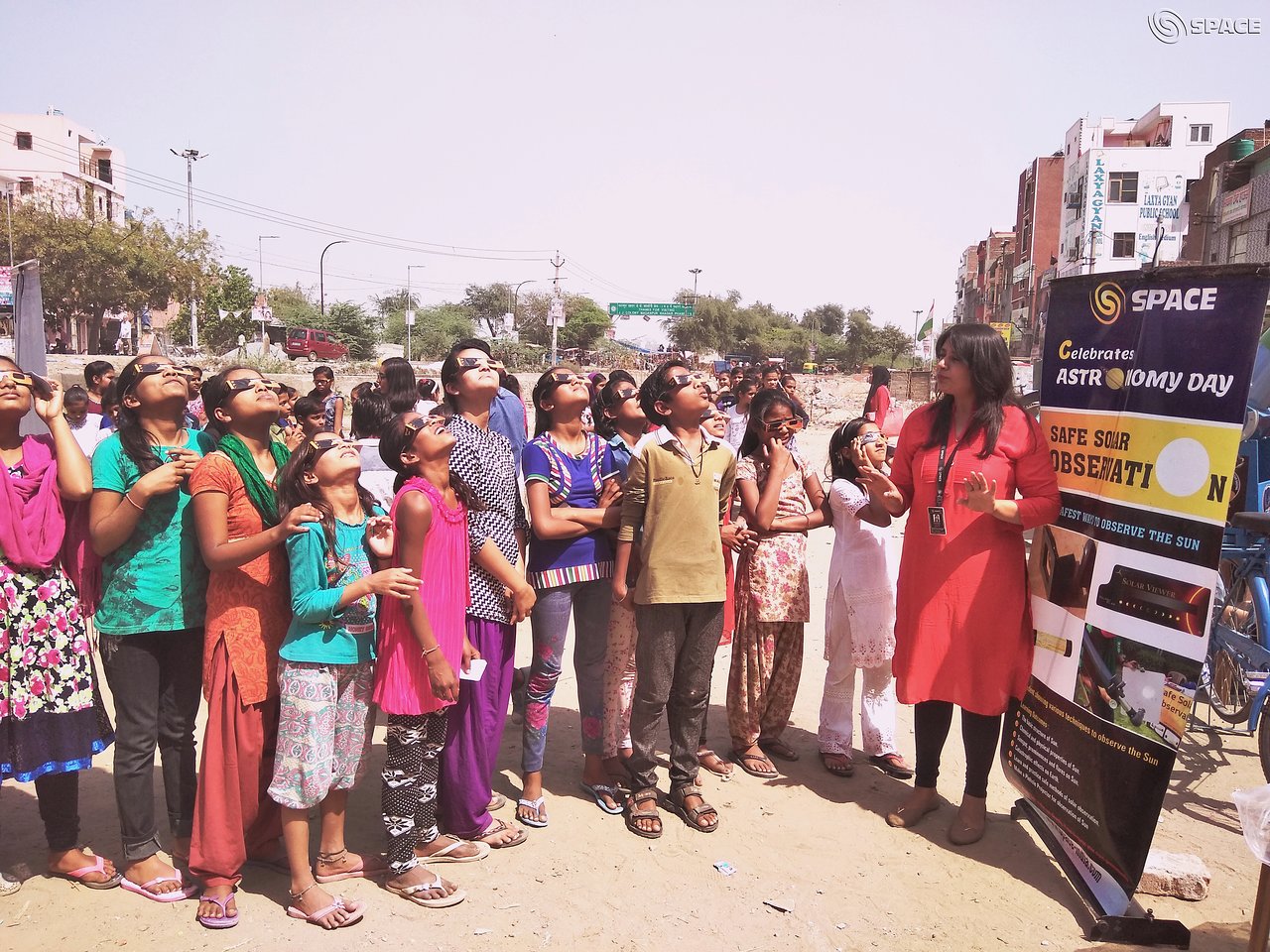 The Sky on Bike project was proposed and conducted by SPACE, with the goal of popularizing science via Astronomy and Space Sciences throughout the domains of education, public and media. This project has been introducing the wonders of the night sky to identified groups of economically disadvantaged and uneducated population in Indian villages with the aim to create scientific temper. Telescopes were carried on bicycles and set up at locations where public was gathered to show them the night sky. Educators and Volunteers explained the night sky and showed the sky through telescopes and gave out colorful myth busting handouts.