Recipients of 2021 Gruber Cosmology Prize Announced
Marc Kamionkowski, Uroš Seljak and Matias Zaldarriaga are honoured for their contributions to the study of the early Universe
Click to Enlarge

The Gruber Cosmology Prize, which is co-sponsored by the IAU, recognises scientists whose contributions have driven fundamental advances in our understanding of the Universe. The 2021 prize has been awarded to Marc Kamionkowski, Uroš Seljak and Matias Zaldarriaga for the development of techniques for studying the Cosmic Microwave Background that have provided deep insights into the primordial Universe, as early as a fraction of a second after the Big Bang.

The Gruber Foundation today announced the recipients of this year’s Cosmology Prize. The prize is awarded annually to leading scientists and cosmologists who have made groundbreaking discoveries that change or challenge our understanding of the Universe.

This year’s prize goes to Marc Kamionkowski, Johns Hopkins University, Uroš Seljak, University of California at Berkeley and Lawrence Berkeley National Laboratory, and Matias Zaldarriaga, Institute for Advanced Study, for their contributions to the study of the Cosmic Microwave Background (CMB) and the early Universe. The CMB is the ubiquitous radiation left over from when atoms first formed, releasing radiation that remains as the Universe’s “background noise”. The three recipients of the prize developed techniques to use observations of the CMB to derive information about the early Universe.

They will equally share the US$500 000 award, and each will receive a gold medal at a ceremony that will take place in August, at the 24th International Conference on Particle Physics and Cosmology (COSMO’21) conference series at the University of Illinois and online.

The CMB provides an image of the Universe when it was just 379 000 years old, but it represents an observational limit — direct measurements of the Universe before this time are not possible. However, Kamionkowski and, independently but simultaneously, Seljak and Zaldarriaga developed a mathematical technique to use the CMB radiation to infer what’s on the other side of this limit, all the way back to the first fraction of a second of the Universe’s existence. That method uses the property of polarisation — the degree to which an oscillating wave, bouncing up and down relative to the direction of travel, diverges from a strictly perpendicular orientation.

In 1997, their work was published in two papers side by side in Physical Review Letters. (Kamionkowski shared authorship with Albert Stebbins, Fermilab, and Arthur Kosowsky, University of Pittsburgh.) The impact of the papers was seismic and enduring. In the words of one nominator to this year’s Gruber Prize, “The significance of this work for cosmology cannot be overstated.”

By observing polarisation in the CMB, cosmologists can match theoretical predictions of early‐Universe properties using data that would otherwise be inaccessible. Among the observatories that have been used  to make those polarisation measurements are the WMAP and Planck satellites (whose principal investigators and teams received the Gruber Cosmology Prize in 2012 and 2018, respectively). Those measurements have allowed cosmologists to determine that the Universe is 13.8 billion years old and comprises roughly 5 percent ordinary matter, 26 percent dark matter, and 69 percent dark energy.

Polarisation continues to be an essential tool for filling in our picture of the Universe; it is now inspiring a new generation of research programmes that will detect — or not — the final piece in that reigning cosmological model: inflation, a theoretical moment at the very beginning of the Universe’s existence when space would have undergone an expansion of almost unfathomable proportions. (The theorists who independently created that idea, Alan Guth and Andrei Linde, received the 2004 Gruber Cosmology Prize.) The two 1997 papers by Kamionkowski, Seljak and Zaldarriaga identified a signature in the CMB polarisation that would render a verdict on the existence of primordial gravitational waves — a key prediction of inflationary theory.

Although the 1997 papers are two of the seminal works by Kamionkowski, Seljak, and Zaldarriaga, the 2021 Gruber Prize also recognises their career‐long contributions to cosmology.

Even before writing their 1997 paper, Seljak and Zaldarriaga had already created a code that made the study of certain aspects of the CMB thousands of times faster, named CMBfast. Because they made the code available for free it dominated CMB research for years to come. Today it endures as the foundation for every code analysing CMB polarisation. Over the decades, singly and together, they have continued to perform influential mathematical analyses and to create new theoretical interpretations in such areas as inflation, gravitational waves, and the use of general relativistic effects (weak lensing) on light from distant sources to infer the characteristics of the dark matter in individual galaxy halos as well as in the large‐scale structure of galactic formation.

Kamionkowski is also well known for his work on cosmological‐parameter determination and parity‐breaking effects in the CMB, and he has over the years made important subsequent contributions to the study of CMB polarisation. He has also done significant work in many other areas of cosmology, including dark matter, inflation, the acceleration of the expansion of the Universe, cosmic phase transitions, and gravitational waves.

In addition to the cash award, each recipient will receive a gold laureate pin and a citation that reads:

The Gruber Foundation is pleased to present the 2021 Cosmology Prize to Marc Kamionkowski, Uroš Seljak, and Matias Zaldarriaga for their work on the Cosmic Microwave Background, the most direct tracer of the primordial universe and of its physics. Their theoretical predictions and analysis tools for the cosmic background, its intensity, and even more its polarization, have been essential to the development of this field of research over the last twenty-five years, already testing predictions of the inflation model for the early expansion of our universe. Furthermore, their work has been key to initiating new observation projects extending over the next fifteen years, in the quest for detecting the imprint of primordial gravitational waves on the microwave background.

The Gruber International Prize Program honours individuals in the fields of Cosmology, Genetics and Neuroscience, whose groundbreaking work provides new models that inspire and enable fundamental shifts in knowledge and culture. The Selection Advisory Boards choose individuals whose contributions in their respective fields advance our knowledge and potentially have a profound impact on our lives. 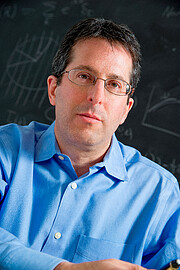 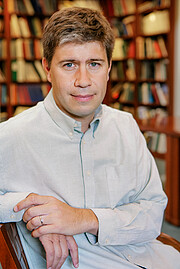