The Cosmology Prize honours leading cosmologists, astronomers, astrophysicists or scientific philosophers for theoretical, analytical, conceptual or observational discoveries leading to fundamental advances in our understanding of the Universe. This year’s prize will be presented to Drever, Thorne and Weiss in a ceremony on July 12, during the 21st International Conference on General Relativity and Gravitation, held at Columbia University, New York.

“Many years of hard work by teams of dedicated scientists and engineers have culminated in this truly momentous discovery. With this observation, they have not only added further support to Einstein’s theory of gravity, but also opened up a new field of observational astronomy”, said Robert Kennicutt, Chair of the Selection Advisory Board to the Gruber Foundation Cosmology Prize.

One hundred years ago, Einstein’s theory of general relativity reimagined Newton’s conception of gravity. Rather than treating gravity as a force acting across space, Einstein’s equations revealed gravity to be a property of space and time. Einstein realised that gravity would manifest as waves traveling at the speed of light, and those waves would be passing through the Earth all the time. But they would be so weak that it would be impossible to detect them — or so it was thought.

The LIGO team’s announcement of the detection of gravitational waves on 11 February this year electrified the physics community and captured the imagination of media outlets around the world. LIGO had detected one of nature’s truly exotic events: the collision of two black holes.

That detection, which took place in 2015 and which provided support for a key prediction of Einstein’s general theory of relativity, was itself a technologically and scientifically herculean achievement. But the detection also open the door on a new means of studying the universe — a first glimpse into the strong‐gravity regime of Einstein’s theory of general relativity, the part of the theory that governs the dynamics of the most powerful phenomena in the universe.

Now that the LIGO team knows the experiment works, they’re confident that strong‐gravity detections will become more or less routine. Promising candidates for future study include exploding stars known as supernovae, spinning, and even colliding, neutron stars and the powerful phenomena known as gamma-ray bursts.

In addition to a cash award of $500 000, to be shared equally between Drever, Thorne and Weiss, each of the three will receive a gold medal and a citation that reads: The Gruber Foundation proudly presents the 2016 Cosmology Prize to Rainer Weiss, Kip Thorne, Ronald Drever, and the entire LIGO team for pursuing a vision to observe the universe in gravitational waves, leading to a first detection that emanated from the collision of two black holes. This remarkable event provided the first glimpse into the strong‐gravity regime of Einstein's theory of general relativity that governs the dynamics of black holes, giving direct evidence for their existence, and demonstrating that their nature is consistent with the predictions of general relativity.

The Gruber Foundation honours and encourages educational excellence, social justice and scientific achievements that better the human condition. For more information about the Foundation’s guidelines and priorities, please visit www.gruber.yale.edu.

The Gruber International Prize Program honours contemporary individuals in the fields of Cosmology, Genetics, Neuroscience, Justice and Women's Rights, whose groundbreaking work provides new models that inspire and enable fundamental shifts in knowledge and culture. The Selection Advisory Boards choose individuals whose contributions in their respective fields advance our knowledge, potentially have a profound impact on our lives, and, in the case of the Justice and Women's Rights Prizes, demonstrate courage and commitment in the face of significant obstacles. 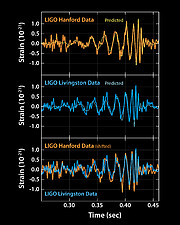 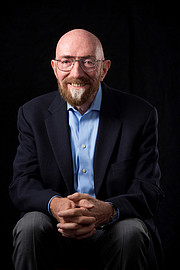 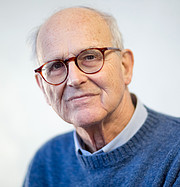