Recently initiatives that capitalise on the public’s interest in space and astronomy have proliferated, some putting a price tag on naming space objects and their features, such as Mars craters. The International Astronomical Union (IAU) would like to emphasise that such initiatives go against the spirit of free and equal access to space, as well as against internationally recognised standards. Hence no purchased names can ever be used on official maps and globes. The IAU encourages the public to become involved in the naming process of space objects and their features by following the officially recognised (and free) methods.

In order to make sure that all scientists, educators and the general public “speak the same language”, astronomers from the International Astronomical Union have agreed on common standards for naming space objects, features or phenomena so that they can be easily located, described, and discussed. For instance, features on a given planet or satellite receive names chosen from a particular theme. Only those features that are deemed to be of significance to science are given a name by the community, thus leaving other features to be named by future generations.

Although the present rules are that the general public cannot request that a particular feature is named, they can suggest that specific names be considered for formal adoption, or they can do so following a public invitation from a space agency or from the discoverers. This was the case for NASA's Magellan Venus mapping mission launched in 1989: the public was invited to offer names of women who had made outstanding or fundamental contributions to their fields, for the names of Venusian craters.

A more recent example was the naming of the two most recently discovered satellites of Pluto in 2013, which was the result of a public vote. The selected names were approved in cooperation with the IAU and free and equal participation was offered to the general public. For Mars craters today, their "discoverers", the space agencies, may take the initiative to involve the public in the naming process, in cooperation with the IAU and following international regulations. Individual name suggestions are however also possible: provided they abide by the rules, they are added to an IAU name bank, and some are eventually adopted.

In 1919, when the IAU was founded, it was given the official mission to establish internationally recognised planet and satellite nomenclature. The objective at the time was to standardise the various confusing systems of nomenclature for the Moon that were then in use. Since that time, the IAU has succeeded in constructing a single, reliable, official catalogue of surface feature names, thus enabling successful international public and scientific communication. The IAU played a key role in getting the USSR and the USA to agree on naming rules for lunar features even during the space race of the sixties.

The IAU encourages entities wishing to promote space science and exploration to follow these internationally accepted rules and explain them as part of their space education and exploration programmes.

The IAU is an international astronomical organisation of more than 10 000 professional astronomers from more than 90 countries. Its mission is to promote and safeguard the science of astronomy in all its aspects through international cooperation. The IAU also serves as the internationally recognised authority for assigning designations to celestial bodies and their surface features. 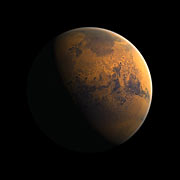