The International Year of Astronomy 2009 Cornerstone project, 100 Hours of Astronomy, is on track to be the largest single science public outreach event ever. More than 1500 events have been registered in over 130 countries and this number is increasing every day. 100 Hours of Astronomy is a truly global project; an event on a scale never attempted before, with more than one million people expected to participate!

100 Hours of Astronomy (100HA) is a Cornerstone project of the International Year of Astronomy 2009 (IYA2009). It is a worldwide celebration composed of a broad range of activities aimed at involving the public. 100HA will take place over four days and nights, from 2-5 April 2009. During this period, people from around the globe will share the experience and wonders of observing the sky. For many, it will be their first glimpse of the marvels of the heavens through a telescope. For others, it is the perfect opportunity to impart their knowledge and excitement, helping unveil the cosmos to fresh and eager eyes.

A live 24-hour video webcast called "Around the World in 80 Telescopes" will take place from 3 April 09:00 UT to 4 April 09:00 UT, following day and night around the globe to some of the most advanced observatories on and off the planet. Viewers can find out what is happening at a research observatory in their home country or on the other side of the planet, send in questions and messages, see new images from the cosmos, and discover what astronomers are doing right now! Participating telescopes include the Hawaii-based telescopes Gemini North and Keck, the Anglo-Australian Telescope, telescopes in the Canary Islands, the Southern African Large Telescope, Chilean observatories such as ESO's Very Large Telescope, space-based telescopes such as the NASA/ESA Hubble Space Telescope, ESA XMM-Newton and Integral, and many more. In fact, "Around the World in 80 Telescopes" will take viewers to every continent, including Antarctica! The webcast itself will be hosted at the European Southern Observatory's headquarters in Munich, Germany with live streaming by Ustream.tv. Anyone with a web browser supporting Flash will be able to follow the show via the 100HA website and be a part of the project. TV stations, web portals, and science centres can also use the high quality feed, and the video player can be embedded on websites. Representatives of the media who wish to report from the "front-line" and interview the team should get in touch.

The featured programme "Global Star Party", commencing at sunset on 4 April, is set to be an all-encompassing event of extraordinary scope. Amateur astronomers, clubs and other groups will be setting up telescopes in public places to allow as many people as possible to look at the heavens. Traditional star party locations such as busy streets and shopping centres will be covered, as well as less conventional places including rest homes and military bases. Enthusiasts have been working hard to ensure that an incredible number of people will be able to look through a telescope during the Global Star Party.

These two headline initiatives are being supported by many more activities like the "Sun Day" (April 5) and "100 Hour of Astronomy Junior" and several "100 Hours of Astronomy Opening Events" around the world.

All this is, of course, in addition to the thousands of local events being planned by science facilities and astronomy enthusiasts around the world, including telescope observing sessions, exhibitions, special shows and more.

100 Hours of Astronomy is a venture of breathtaking scope that will involve people from all walks of life around the globe. Get involved, and be part of a record-breaking worldwide event!

The vision of the IYA2009 is to help the citizens of the world rediscover their place in the Universe through the day and night-time skies the impact of astronomy and basic sciences on our daily lives, and understand better how scientific knowledge can contribute to a more equitable and peaceful society.

The aim of the IYA2009 is to stimulate worldwide interest, especially among young people, in astronomy and science under the central theme‚"The Universe, Yours to Discover". IYA2009 events and activities will promote a greater appreciation of the inspirational aspects of astronomy that embody an invaluable shared resource for all countries.

The IYA2009 activities are taking place at the global and regional levels, and especially at the national and local levels. National Nodes in each state have been formed to prepare activities for 2009. These Nodes establish collaborations between professional and amateur astronomers, science centres, educators and science communicators in preparing activities for 2009. The International Year of Astronomy was proclaimed by the United Nations on 20 December 2007.

Ustream.TV is the live interactive video broadcast platform that enables anyone with a camera and an internet connection to quickly and easily broadcast to a global audience of unlimited size. In less than two minutes, anyone can become a broadcaster by creating their own channel on Ustream or by broadcasting through their own site, empowering them to engage with their audience and further build their brand. 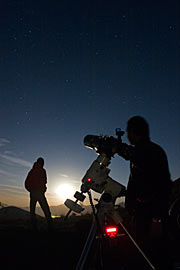 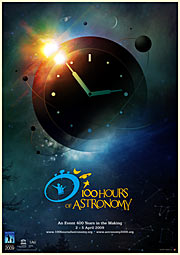