Beatriz Barbuy, Vice-President of the International Astronomical Union (IAU) today receives a L’ORÉAL–UNESCO award for exceptional women scientists. The 2009 Laureates will each receive $100 000.

This year the L'ORÉAL-UNESCO Awards for Women in Science focus on the "Physical Sciences". The five 2009 Laureates, diverse in origin, determined in nature and extraordinary in intellect, will each receive $100 000 in recognition of their contribution to science. The Women in Science award is designed to distinguish, reward and advance the role of women in scientific research as well as provide the next generation of women scientists with inspirational role models.

"It is an honour to be recognised by organisations so dedicated to mentoring and promoting women in the sciences," says Barbuy. "To be seen as a role model is both humbling and gratifying, and my hope is that the Laureates will inspire young women worldwide to vigorously pursue their passion for the sciences."

The Laureate for Latin America is Beatriz Barbuy, Vice-President of the International Astronomical Union (IAU). A professor at the Institute of Astronomy, Geophysics and Atmospheric Sciences at the University of São Paulo in Brazil, she will receive the award in recognition of her contribution to science through her work on the life of stars from the birth of the Universe to the present time. Professor Barbuy is an expert in both observational astronomy and the analysis and interpretation of spectroscopic data. Her skills in spectroscopy have allowed her to assemble a large library of synthetic spectra that has aided many other researchers in their investigations of our own and other galaxies.

This year's L'ORÉAL-UNESCO Awards for Women in Science coincide with the IAU International Year of Astronomy 2009 (IYA2009). Professor Barbuy's award is especially meaningful in this year, because the role of women in astronomy is one of the Cornerstone projects within the framework of the IYA2009. The "She is an Astronomer" project aims to improve the gender-balanced representation of scientists at all levels and promote greater involvement by under-represented minorities in scientific and engineering careers.

Created in 1998, the L'ORÉAL-UNESCO Awards for Women in Science were established as the first international awards dedicated to women scientists around the world. More than ten years and 57 Laureates later, the programme is a benchmark for international scientific excellence and an invaluable source of motivation, support, and inspiration for women in the scientific field. The Awards alternate each year between Life Sciences and Physical Sciences, recognising work that addresses major challenges in modern science. The Laureates serve as role models for future generations, encouraging young women around the world to follow in their footsteps.

The Laureates for the L'ORÉAL-UNESCO Awards for Women in Science come from each continent. The Laureate from Africa and the Arab States is Professor Tebello Nyokong, honoured for her work on cancer therapy and the environment. From Asia and the Pacific, Professor Akiko Kobayashi is recognised for her research on molecular metals. From North America, Professor Eugenia Kumacheva receives an award for her contributions to cancer drug treatments and materials for optical data storage. From Europe Professor Athene M. Donald is honoured for her work on the physics of materials.

The Awards Ceremony takes place today at the UNESCO Headquarters in Paris. The 2009 L'ORÉAL-UNESCO Awards Jury is made up of 17 eminent members of the international scientific community from five continents, with the 1999 Chemistry Nobel Prize Laureate Professor Ahmed Zewail as the Jury President. Professor Christian de Duve, 1974 Nobel Prize in Medicine, is the Founding President of the Awards, and Koïchiro Matsuura, Director General of UNESCO, is Honorary President. 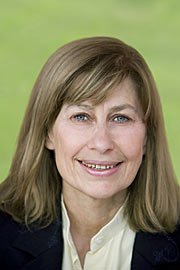