In the context of the IAU centenary celebrations, a conference will be held in Paris on 4 October 2019, on the theme Astronomers as Diplomats: When the IAU builds bridges between nations.

Thierry Montmerle (past General Secretary, 2012–2015), and Teresa Lago (current General Secretary) are co-organisers of the meeting, which is sponsored by the Académie des Sciences and which celebrates this year the five scientific Unions founded in 1919 [1].

Born in the aftermath of World War I, the IAU has had to cope with many crises and conflicts between nations throughout its history, and it played an important role in building bridges between their astronomers. This one-day IAU@100 celebration will be held at the Institute of Astrophysics in Paris and the Paris Observatory, and discussions will among other things address:

Space is limited and registration is mandatory (but free), by emailing Thierry Montmerle.

A book about the conference will be published by Springer, as a companion to the Andersen et al. Centenary book [2]. 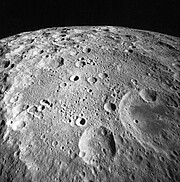