The IAU would like to extend a warm welcome to José Miguel Rodríguez Espinosa, who has been appointed as the new Assistant General Secretary of the IAU, and will take up duty on 1 September 2019.

José Miguel has had a prolific research career in astronomy, having published over 100 research papers in astrophysics, and has held positions at prominent research centres, most recently as Project Scientist at the GTC-10m telescope at the Instituto de Astrofísica de Canarias in Tenerife. His particular areas of interest include active galaxies, star-formation, and recently the high redshift Universe, as well as instrumentation, demonstrating his understanding of both the scientific and engineering aspects of astronomy.

As a founding member of both the Spanish Astronomical Society and the European Astronomical Society, José Miguel already has extensive experience of international astronomy organisations. In addition to his work within the astronomical community, he has also been active in bringing astronomy to a wider audience, through popular articles, public talks and his leadership of the ENCIENDE Project, which aims to improve science education in primary schools.

The IAU congratulates José  Miguel on his appointment, and looks forward to the valuable contributions he is sure to make. At the 2021 IAU General Assembly in Busan, Republic of Korea, José  Miguel will be proposed as the next IAU General Secretary, to start immediately after the General Assembly. 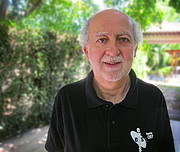