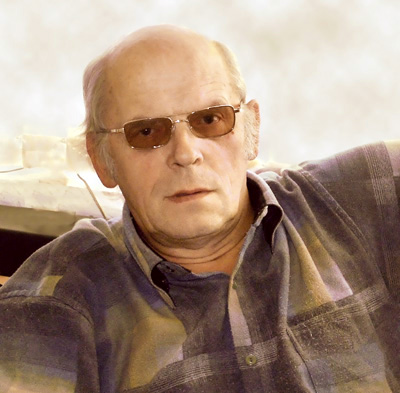 Soviet and Russian astronomer. [01.05.1947 (Slavyansk, Donetsk region, USSR)-21.12.2020(Cherkessk, KChR)]. Graduated from Kiev State University in 1970, was head of a laboratory in the astronomy department. Has been working at the Special Astrophysical Observatory of the Soviet Academy of Sciences (Russian Academy of Sciences since 1991) since 1973: Junior Researcher (1973-1979), Senior Researcher (1979-1985), Director (1985-1993); as of 1993 - Chief Research Scientist at SAO RAS. Defended his Ph.D. thesis, "Comparative investigation of the universal properties of Seyfert galaxies", in 1983, and in 1990, his doctoral thesis "Structure and evolution of active galaxies". Professor of astronomy (2003), member of the IAU, member of a number of specialized academic councils and editorial boards of Russian astronomical journals.

His main area of research is related to active galactic nuclei, kinematics and dynamics of galactic discs, minor bodies of the Solar System, and astronomical equipment design; he is the author of over 250 scientific papers.

From the very beginning of his work in SAO, V. Afanasiev has been actively participating in equipping the 6-m BTA telescope with modern light detectors and spectroscopic facilities. He and his colleagues have developed and implemented, for the first time in Russia, the methods of two-dimensional and multiple object spectroscopy at the telescope. V. Afanasiev, among a group of authors, was awarded a USSR State Prize in the field of science and technology in 1991 for a series of papers "Development of digital television devices for investigations of extremely faint astronomical sources with the BTA telescope of the Academy of Sciences of the USSR".

In the 1980's, V. Afanasiev, together with colleagues from SAI (V.Yu. Terebizh, O.K. Silchenko et al.), conducted comparative photometric and spectroscopic studies of normal and Seyfert galaxies. It was shown that the morphology and kinematics of these galaxies do not differ, but the central regions of active galaxies exhibit a radial inflow of matter to the galaxy center, which facilitates the "feeding" of the active nuclei, sufficient to explain the observed energy output resulting from the accretion of gas.
The studies of galaxy rotation curves, carried out by V. Afanasiev and his colleagues with the 6-m telescope, revealed a number of fine details – rapidly rotating nuclear regions, several hundred parsecs in size, beyond which the angular velocity plummets abruptly, as well as compact formations at the very center, rotating in the direction opposite to the direction of galaxy rotation. In several galaxies, observations with the BTA revealed gigantic vortex structures, which were theoretically predicted by A.M. Friedman. V. Afanasiev, among a group of coauthors, was awarded a Russian State Prize in the field of science and technology in 2003 for the work "Prediction and discovery of new structures in spiral galaxies".

Starting from 2005, extensive polarimetric studies of various sources - active galaxies, peculiar stars, minor bodies of the Solar System (satellites of planets and comets) - are conducted with the BTA by V. Afanasiev and his staff. He proposed a new method of determining the mass of black holes in galaxies based on spectropolarimetric data of broad emission lines.

Six Ph.D dissertations have been prepared and defended under his academic supervision.

V.L. Afanasiev has been honored with the following State Awards: Medal for distinguished work (1981), and the Order of Friendship (1999).