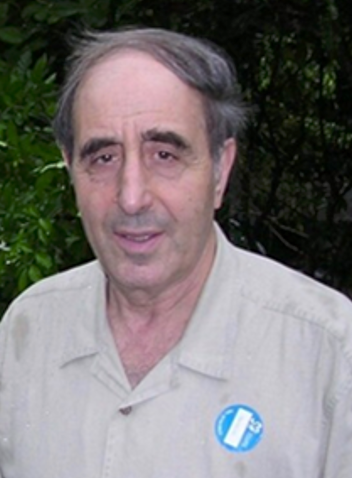 A.M. Fridman graduated from Novosibirsk State University in 1963. In 1966 he defended his thesis on "Some questions in the stability theory of in-homogeneous plasma in a magnetic field"; in 1972 - a doctoral thesis on "The stability theory of the gravitating ionized media". Full member of Russian Academy of Sciences (2000, Corresponding Member of the Russian Academy of Sciences since 1994). Laureate of the USSR State Prize ("For the prediction of the system of new satellites of Uranus", 1989), laureate of the State Prizes of Russian Federation ("For the study of the dynamic properties of galaxies", 2003; "For pioneering discoveries in the field of galaxies physics of the intergalactic medium and relativistic objects", 2008).

Author of more than 250 publications in various fields of physics. At the end of 1960 A.M. Fridman creates an informal group (V.L.Polyachenko, I.G.Shukhman, A.G.Morozov, V.I.Klimenko et al.) at the Novosibirsk INP aimed at application and development plasma physics methods in stability theory of gravitating systems. In 1971, the group is transformed into "Laboratory of Dynamics of Space Plasma" based SibIZMIR, Irkutsk. The main results of the work on the stability theory for layer, disc, sphere, and cylinder were published in the first monograph (together with V.L. Polyachenko) "Equilibrium and stability of gravitating systems", published in 1976 - the first modern book on stellar and galactic dynamics. A number of important results have been obtained in cooperation with scientists from Kurchatov Institute in Moscow, in particular, with A.B. Mihaylovskij. Some latest results (non-Jeans instabilities, etc.) were included in the two-volume monograph (together with V.L. Polyachenko) «Physics of Gravitating Systems», which appeared in English in «Springer» in 1984.

Since 1979, after moving to Moscow, he begins to work on the hydrodynamic theory of spiral structure formation in galaxies (with A.G.Morozov et al.). They investigated the Kelvin-Helmholtz in-stability in the rotating medium, and instability due to circular velocity jump observed outside nuclei in some nearby galaxies. The equivalence of equations of plane hydrodynamics and shallow water equations allowed one to conduct laboratory experiments simulating the formation of galactic spiral arms in shallow water set-up (in Kurchatov Institute, together with M.V.Nezlin et al.). The anticyclones in the velocity field discovered in the experiment were found later in spiral galaxies after implementation of "VORTEX" program of recovery of three velocity components of gas from the observed line-of-sight velocities (together with V.L. Afanasiev, V.V. Lyakhovich, O.V.Khoruzhij et al.).

At the same time, A.M. Fridman initiates a study of planetary rings. By the beginning of 1985 he, together with N.N. Gor'kavyi, resolved the main problem of Saturn's rings, including their origin, dynamics and stratification. In 1985, they put forward a hypothesis about the existence of unknown satellites of Uranus and gave estimated for radii of their orbits on the basis of simple resonance relations with the already-known radii of Uranus rings. American Voyager-2 confirmed the existence of the satellites in early 1986. For the prediction of new satellites of Uranus system, Gorkavyy and Fridman were awarded the USSR State Prize in 1989. Works on the planetary subject constitute a basis for a monograph "Physics of planetary rings" written both in Russian (1994) and in English (1999).

His studies on dynamical properties of galaxies have been awarded two State Prize of Russian Federation in 2003 and 2008.