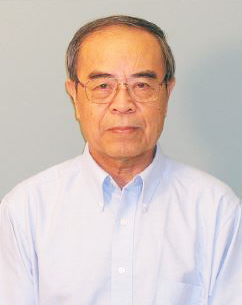 Qifeng Yin was born on July 22, 1936 in Jilin Province (formerly Manchuria) in northeastern China, which was under Japanese occupation until 1945. Despite belonging to a family in one of the “five black categories” (rich peasants who owned land) considered to be enemies of the Communist government, Qifeng was admitted as a student to the Astrophysical Section, Department of Geophysics, Peking University in 1956. He survived the Great Chinese Famine during the catastrophic “Great Leap Forward” of 1958-1961 and completed his PhD in 1964 from Peking University and the Beijing Astronomical Observatory. At that time his primary research interest was solar radio astronomy. Between 1962 to 1978 he worked as an Instructor at Peking University. During the Great Proletarian Cultural Revolution (1966-1976) he was denounced for belonging to the “stinking ninth category” (intellectuals) and imprisoned in a rural re-education / labor camp for one year. In 1977 he became a member of the Chinese Astronomical Society, and in 1982 he joined the International Astronomical Union. He was promoted to Lecturer in 1978 and to Associate Professor in 1985. From 1986 to 1988 Qifeng was the Director of the Peking University Institute of Astrophysics in the Department of Geophysics.

In the decade following President Nixon’s historic 1972 trip to China, Qifeng hosted several foreign astronomers including NRAO Director Dave Heeschen during the first US-China cultural exchanges. In return, Dave invited Qifeng to be an NRAO Visiting Scientist in Charlottesville for two years starting in 1979. During that visit Qifeng began a collaboration with Dave Heeschen to observe and model continuum radio emission from starburst galaxies. Qifeng also visited the NRAO during the summer of 1985, and he was a Visiting Professor at the University of New Mexico during the 1985 fall semester. Qifeng returned to Charlottesville in September 1988 supported by an NSF US-China Cooperative Grant that was initially for a three-month visit but was extended for six more months in January 1989.

As he was flying to Los Angeles for his return to China on June 4, 1989, he learned of the Tiananmen Square Massacre and decided to remain in the US rather than risk a crackdown on intellectuals, particularly those at Peking University. In 1999 Qifeng obtained an NRAO appointment as a Scientist-Research Support for up to three years. He managed to get his wife, Liu Min, and his younger son, Meng, out of China to live with him in Charlottesville. His elder son, Geng, remained in China and now works in the stock market.

Thus began the second half of his scientific career. Qifeng was a survivor and he made himself so valuable that his NRAO term appointment was renewed and renewed. He expanded his work on radio emission from starbursts, the far-infrared/radio correlation, and dust-shrouded compact ultraluminous starbursts. He joined the NRAO VLA Sky Survey (NVSS) project at its inception in 1993 and worked tirelessly to improve the many snapshot images that needed skilled human intervention. In 2001 he helped to produce the large all-sky catalog of offset pointing calibration sources still in use at the Green Bank Telescope (GBT) and other large telescopes such as Arecibo. He took part in the VLA component of the SIRTF (Spitzer’s pre-launch name) First-Look Survey to explore faint and distant galaxies in the mid- and far-infared sky. His final large project before retiring at age 70 in 2006 was to identify bright 2MASS infrared galaxies with NVSS radio sources. For 30 years he was my friend and constant scientific collaborator.

Qifeng and Liu Min moved from Charlottesville to Osprey, FL in 2014 to be closer to their son Meng. Qifeng died on July 16, 2016, a week before his 80th birthday.