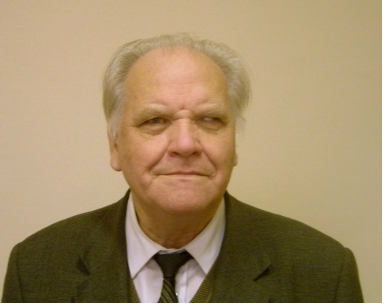 Y . V. Batrakov was born in 1926 in Tashkent; graduated from the Leningrad University (1950) and its postgraduate department (1955); working at the same time at the Leningrad Mechanical Institute (from 1953 to 1955), then at the Institute of Theoretical Astronomy of the USSR Academy of Sciences (from 1955 to 1998) where he became Deputy Director for Science (1967) and acquired the title of Professor (1978). He was a chief scientist at the Institute of Applied Astronomy of the Russian Academy of Sciences (from 1998 to 2013). His PhD Thesis (1953) was entitled: "Using the Schwarzschild Periodic Solutions for the Problem of Emptiness in the Asteroid Ring". His Doctoral Thesis (1974) was named "Research in the Theory of Motion of Artificial Earth Satellites and in the Using Their Observations for Scientific Purposes".

Y.V. Batrakov devoted his main scientific works to celestial mechanics. He found (1955) periodic solutions of the spatial restricted circular three-body problem with a moving node and ascertained (1957) the existence of the relative equilibria positions (libration points) for the satellites of an ellipsoidal planet. Geostationary satellites are now placed in these points. He found (1958) the minor planet great semi-axes distribution asymmetry with respect to commensurabilities concluding that there were more asteroids (in average) on the inner side of any commensurability than on its outside. He built the analytical theory of satellite motion (together with V.F. Proskurin; it was published in 1959 before the first artificial satellite was launched); developed a method to determine the orbits of satellites from those optical observations which had errors of time (1960) and a method to determine the Earth's gravitational field from the motion of resonant satellites (1963); constructed (from 1974 to 1980) a new type of intermediate orbits in order to study a small body perturbed motion; showed (in 1974; together with A. S. Baranov) that the dynamical friction in star clusters resulted in the accumulation of massive stars in the vicinity of the cluster’s center (if the cluster was not rotating) or in the vicinity of the cluster’s equator plane (if it was rotating); developed (from 1981 to 1982) a method to construct ephemerides of celestial bodies using Chebyshev splines; and suggested (1984) a method to determine final orbits of the celestial bodies using the orbits obtained during their occasional individual appearances instead of the original observations.

Since 1990 (together with Yu. A. Chernetenko and others), he dealt with the problem of determining the mutual orientation of the dynamical and stellar coordinate systems from minor planet observations. A number of Yu. V. Batrakov’s works were concerned with the problem of the multiple asteroid motion stability.

Yu. V. Batrakov was the Editor-in-Chief of the Yearbook "Ephemerides of Minor Planets" (from 1980 to 1998); he headed the working group "Motion of Minor Planets and Comets" of the "Celestial Mechanics" sector in the USSR Astronomical Council (from 1980); and he was a Member of IAU Commission No.20 Organizing Committee (in 1980s).

Yu. V. Batrakov was a scientific advisor for more than a dozen graduate students and PhD and Doctoral applicants (including those from foreign countries). He was the Honored Scientist of the Russian Federation (1987). Died on May 22, 2013 and was buried in the Pulkovo Memorial Cemetery. Minor planet (2702) Batrakov is named in his honour.