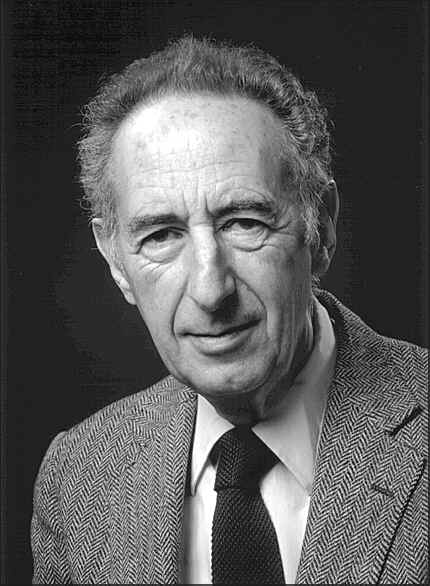 Ivan Robert King, one of the preeminent astronomers of his generation, passed away on August 31, 2021, from complications following a surgery. He was 94 years old. His work led to a deeper understanding of globular star clusters, their structure, dynamics, evolution, and their stellar content. He also played an important early role in the development of the Hubble Space Telescope.

He was born on June 25, 1927, in the Far Rockaway neighborhood of Queens in New York City to father Myram and mother Anne (Franzblau) King. His intellectual gifts were apparent from an early age, winning him a scholarship to Lawrence Woodmere Academy for his elementary and secondary studies. He enrolled in the Hamilton College (NY) at the age of 16, graduating with high honors at the age of 19 with a BA degree in Physics, Mathematics, and German. He then entered the Astrophysics graduate program at Harvard University, working under the supervision of the famous astronomers Harlow Shapley and Bart Bok, receiving his PhD in 1952. While at Harvard, he was awarded a prestigious Fellowship in the Harvard Society of Fellows (1947-1951) and served as an instructor in Astronomy. Also, while at Harvard (1951-1952), he worked on one of the first electronic computers, the Mark I, becoming a skilled programmer, nominally employed as a mathematician for the Perkin-Elmer Corporation. Thus began his lifelong interest in computers, which served him well throughout his career. He served with United States Naval Reserve (1952-1954), and subsequently with the Department of Defense (1954-1956), using his expertise in computing and cryptanalysis.

In 1956, he joined the faculty at the University of Illinois at Urbana-Champaign, moving to a faculty position at the University of California, Berkeley, in 1964, where he spent most of his scientific career, becoming an Emeritus Professor in 1993. The final part of his professional career was spent at the University of Washington, Seattle, starting in 2002, where he remained scientifically active nearly to the end of his life. While in Berkeley, he served as the Chair of the Astronomy Department (1967-1970). He was known as an outstanding teacher and mentor, helping the professional growth of a number of students and postdocs. He officially supervised 15 PhD students and co-supervised a few more. He authored or co-authored nearly 300 scientific papers and 3 books.

Among his colleagues he was known for his encyclopedic knowledge, deep scientific insights, a sharp intelligence, and an even sharper wit. He maintained the highest standards of scholarship and scientific integrity and instilled them in his students and collaborators.

He had a passion for opera, literature and the visual arts. Among his many intellectual interests, King had a keen interest in linguistics, and he had at least some abilities in about ten languages, classical and modern.

He was active in the American Astronomical Society, serving as a Counsellor (1963-1966), Chairman of the Dynamical Astronomy Division (1972-1973), and as President (1978-1980). He was also an active member of the International Astronomical Union, where he was Chair of the Commission on Star Clusters (1973-1976). His public service also includes roles in several other professional groups and committees in astronomy.

Over the course of his more than sixty-year career, King made fundamental contributions to our understanding of globular clusters (GCs), combining both theoretical and observational points of view.

His PhD thesis at Harvard, under the supervision of H. Shapley, and in close collaboration with B. Bok, was devoted to establishing stellar photometric standards, using a photoelectric photometer (1P21). He spent a year at Harvard’s Boyden Observatory in South Africa optimizing the use of the photometer for this purpose. King maintained a strong interest in exquisitely precise and accurate photometry for his entire life. This formed the basis for his many important contributions in the field of stellar populations in GCs.

King’s interest in star cluster structure, kinematics and dynamics started during his period at Harvard and continued afterwards. After a series of papers related to star counts and the radial density profiles of GCs, in 1966 he published a set of elegantly simple dynamical models, incorporating the three most important elements governing globular cluster structure: dynamical equilibrium, two-body relaxation, and tidal truncation. These models were based on steady-state solutions of the Fokker-Planck equation and represented the simplest possible static dynamical models using distribution functions based on integrals of the motions. The deep insight of this study combined with his characteristically clear presentation made this seminal study one of the most highly cited papers in the history of the field, triggering wide embrace of the so-called “King model”. He considered this to be his most significant scientific contribution, among many others.

In the early 1980s, following on the indications that the center of the globular cluster M15 is brighter than expected from the King models, he initiated a study of the centers of nine high-concentration GCs. This led to the observational discovery of the core-collapse clusters, a phenomenon predicted earlier theoretically. Such clusters exhibit a power-law density distribution near their center, in contrast to the constant density cores of the King models. It was then established that about 20% of the Galactic globular clusters show such morphology. GCs represent the only kind of dynamical systems where one can hope to observe this dynamical phenomenon, caused by the negative specific heat of self-gravitating systems. The dynamical simulations made clear that the core of a GC would collapse and would then alternate between periods of contraction and expansion, called gravothermal oscillations. This discovery stimulated considerable follow-up work, both observational and theoretical and renewed interest in stellar dynamics and the evolution of star clusters.

King played an early role in the development of the Hubble Space Telescope (HST). He was an active member of the team that conceived and built the Faint Object Camera (FOC) on board HST. Using the high resolution of the FOC, he studied individual stars in the dense cores of globular star clusters and also made early observations of the apparent double nucleus in our sister galaxy, M31.

He realized early on that space-based imaging would require innovative analysis approaches, and he fostered the development of new software to maximize the photometric and astrometric capabilities of all cameras on-board HST. Thanks to these efforts, it is now possible to measure high-precision stellar proper motions even in the dense cores of GCs and measure high-precision photometry of GC stars down almost to the hydrogen burning limit at the end of the main sequence and the end of the white-dwarf cooling sequence. King’s perseverance in pushing the capabilities of HST to its limits resulted in the discovery of the unexpected—and still not explained—multiple stellar populations in GCs, a result that has fundamentally challenged the decades-long idea of GCs hosting simple populations of stars having the same age and the same chemical composition. In the last two decades of his life, he actively worked to help solve this conundrum, contributing to more than 70 papers, with his last paper appearing in 2020.

Among his professional distinctions are the memberships in the American Academy of Arts and Sciences (since 1980) and the National Academy of Sciences (since 1982), a Fellow of the American Association for Advancement of Science (1967), a George Darwin Lecturer of the Royal Astronomical Society (1979), Laurea Honoris Causa in Astronomy, University of Padova, Italy (2002), Hamilton College Alumni Medal (1990), a Honorary Doctorate of Science from Hamilton College, NY (2005), and a Honorary Professor and Member of the Academic Council, Center for Investigations in Astronomy in Mérida, Venezuela. He also received a Commendation by U.S, Secretary of Navy for his service (1954), and a NASA Commendation for the Contributions Made to the Hubble Space Telescope Program (1992). Asteroid (69159) IvanKing is named in his honor. The Ivan R. King Gateway Gallery at the University of North Carolina's Morehead Planetarium and Science Center, opened in November 2020, was constructed and named in his honor.

He is survived by his widow, The Rev. Judy Schultz of Seattle, WA; his children David, Lucy, Adam and Jane, and their families.