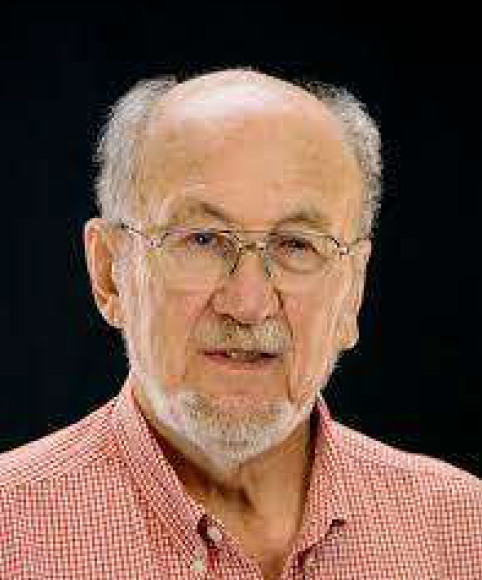 Conti studied the spectra, mass loss and evolution of the large variety of massive stars, in particular O-type and Wolf Rayet stars. This led to the famous “Conti-scenario” that describes the evolutionary connections between the different types of massive stars. He also intensively studied a new class of galaxies, so-called “Wolf-Rayet galaxies” which are galaxies with a recent short-duration starbursts. He died on June 21, 2021 in a hospital a week after a car accident in his hometown Longmont, Colorado.

Peter Selby Conti was born on September 5, 1934 in White Plains, New York to Marie and Attilio Conti. He was an only child but enjoyed the company of many cousins and other relatives in the extended families of his parents. His mother was an elementary school teacher and his father was a career businessman. As a young boy Peter was an avid reader of science-fiction. The stories fueled his imagination, allowing him to travel beyond his surroundings and the world. His interest in astronomy increased when he received from his aunt Jean – sister of his mother and herself interested in astronomy - a small telescope for his 10th birthday.

Peter went to Briarcliff High School where he played chess and invented, together with friends, a new complicated 4-level chess game. Many years later he was amused to find that “their” game had been rediscovered and was commercially marketed by a major firm.

After graduation in 1952, he received a Regent’s Scholarship from the State of New York and entered the Rensselaer Polytechnic Institute in Troy, New York. Professor Robert Fleischer and a visiting professor from Harvard encouraged his interest in astronomy and Peter became president of the school’s astronomy group. In May 1956 he graduated with a Bachelor of Science degree in physics.

After receiving his bachelor degree Peter began three years of military service with the U.S. Navy. He was stationed aboard the USS Finch, a destroyer escort, first based in Seattle, Washington and then in Pearl Harbor, Hawaii. He was an operations officer and attained the rank of Lieutenant Commander by the end of his service. His tour of duty had taken him from patrols near the Aleutian islands in the north to Guam in the south.

In 1959 Peter enrolled in the graduate program for astronomy at the University of California, Berkeley where he was George Wallerstein’s first PhD student. In 1961 he married J. Carolyn Safford and in 1963 he obtained his PhD on the dissertation “The atmospheres of metallic-line stars in the Hyades star cluster”. From 1963 to 1966 he was a research fellow at Mount Wilson and Palomar Observatories (California Institute of Technology, Pasadena) where he worked with and was inspired by Jesse Greenstein. His talent for innovative research already showed in 1965 where he discovered a new class of sharp-lined early-A-type stars with peculiar abundances, resembling those of the metallic-line stars. This major breakthrough inspired new theoretical ideas for the origin of abundance anomalies in A-star atmospheres.

In 1966 he became staff astronomer and assistant professor at Lick Observatory of the University of California, Santa Cruz, a position he held until 1971. In Santa Cruz and later in Boulder, Peter and Carolyn hosted many dinners and gatherings of astronomers, both visiting and local, at their home. In her words, "the atmosphere was usually exciting; one could almost see sparks of light released as ideas and academic references sped about the room. The creative energy was amazing." Peter’s early research interests were metallic-line stars and peculiar A stars, and the abundances of Li and Be in stars of different types. In 1969 Wallerstein and Peter co-authored a landmark review article about these light elements in stars for Annual Reviews of Astronomy and Astrophysics.

In 1969-1970, supported by a Fullbright fellowship, Peter was a visiting professor at Utrecht University (The Netherlands) where he worked with Anne Underhill, a specialist on the spectra and atmospheres of hot stars. His family joined him and his children attended Dutch schools. Here his interest moved from A-type stars to massive hot stars, a field in which he was to become one of the world’s foremost research leaders.

In 1971 he began innovative research with William Alschuler on the properties of massive stars. The spectral sub-types of O-type stars were quantized through measured line strengths, rather than eye estimates. They showed that the ratio of helium line strengths could be used to determine effective temperatures of the O-types through calculations of these line strengths from model stellar atmospheres.

In 1971 he was offered a position at the Joint Institute for Laboratory Astrophysics (JILA) and a full professorship in the Department of Astrophysical, Planetary and Atmospheric Sciences (APAS) at the University of Colorado in Boulder. He would later serve as chairman of both JILA and APAS. He formally retired as professor at the University of Colorado in 1999 but remained actively involved in astronomy until his untimely death.

Throughout his career Peter proposed and led observing programs at the major ground-based observatories in Chile, Hawaii and the US and with the Hubble Space Telescope to unravel the evolution of massive stars.

One of the Peter’s most important traits was his remarkable talent for identifying new research areas where major advances in understanding could be made by applying clever observing techniques.
At the end of the 60s a large variety of spectral sub-types of hot stars, such as O, Oe, Of, N-rich and C-rich Wolf-Rayet stars and early type supergiants, were known and described in Underhill’s book “The early type stars” (1966), but their evolutionary connection was unknown. This situation changed drastically when the first UV spectra of hot stars, observed from rockets and later from satellites, in particular Copernicus and the International Ultraviolet Explorer (IUE), showed that massive stars are losing mass at a high rate during all stages of their evolution. Together with his many students, and postdocs Peter started a number of observing programs to disentangle the evolution of O-stars and Wolf-Rayet stars. He collaborated with many international colleagues, observers as well as theorists, in studying the connection between mass loss and stellar evolution. This large group became known as “the O-star mafia” with Peter as “Godfather”. The group met every few years at conferences such as the Boulder-Munich workshops and the “IAU beach-symposia” to discuss the rapid progress in this field and make plans for follow-up observations.

In 1975 this led to the famous “Conti scenario” for the evolution of massive stars, that describes evolutionary connections and properties of the many subtypes of O-stars and Wolf-Rayet stars with their different luminosities, temperatures and atmospheric chemical composition, and the resulting supernova types. Peter presented this scenario during a conference in Liege (Belgium) in 1975, where he was awarded the “Gold medal of the University of Liege”. In 1977 he spent half a sabbatical as guest professor at the Universities of Amsterdam and Utrecht. In 1993 on the occasion of the 350th anniversary of astronomy at Utrecht University, he was awarded an honorary doctorate degree (honorary promotor Henny Lamers) “in recognition for his important contributions to our understanding of the physics and evolution of massive stars”. In 1995-1996 he spent another 6 months in Utrecht as a “Minnaert guest professor”.

In 1990 Peter turned his interest to “Wolf-Rayet galaxies”, which in their integrated spectra show the broad emission feature at 4686Å that is commonly attributed to HeII emission from Wolf-Rayet stars. A major observational program to study these galaxies, in collaboration with many colleagues, revealed that almost all are galaxies with recent, huge, short-duration starbursts. This work was summarized in a graduate-level textbook, From Luminous Hot Stars to Starburst Galaxies (Conti, Crowther and Leitherer, 2008 and 2012).
--------------------------------
Peter described his work on his website (colorado.edu/aps/peter-conti) as follows:
“My research deals with understanding the nature and evolution of massive luminous stars, those of the hottest spectral types. These are primarily O-type and Wolf-Rayet stars found in the Galactic plane and in other galaxies. In starburst galaxies, the numbers of these stars are sufficient that they may be detected collectively, even in those objects at very large redshift. I am currently emphasizing photometry and spectroscopy of luminous stars in our Galaxy in the near infra-red, at about two microns, where the absorption of the intervening Galactic dust is low.”

Peter retired from JILA in 1996. In 2008 he was celebrated with the “Conti-fest” a 4-day workshop entitled “Hot Massive Stars, A Lifetime of Influence” at the Lowell Observatory in Flagstaff, Arizona, organized by his former graduate students Kelsey Johnson, Margaret Hanson and Phil Massey. Here many of his national and international colleagues and former students and postdocs paid tribute to the godfather of the O-star mafia.

During his career Peter Conti served on many national and international organizations and committees, often as chairman:

Between 1971 and 2001 he supervised the work of nine PhD students and a number of postdocs at the University of Colorado, many of whom would later obtain important research positions.

Peter is represented in the sky: in 2019 the International Astronomical Union named minor planet 25961 officially “Conti”.

A giant has fallen:

Peter’s desire for exploration continued into his retirement. He and Carolyn enjoyed many diverse travels and explorations during this time. They lived in Maui for a while and made trips to Europe and Russia to renew contacts with friends. They loved the South Pacific and the Eastern Canadian Arctic. Part of one summer was spent camping on the land with Inuit friends near the Arctic Circle. A trip to the Northeast Coast of Greenland by small ship was a destination he and Carolyn considered for their 60th anniversary. However, Peter died 61 days short of their 60th wedding anniversary and 71 days short of his 87th birthday.

He will be remembered with admiration as a friendly and modest man by his students and colleagues, many of whom became good friends with his family. He is survived by his wife Carolyn, his three children Michael, Karen and Kathe and seven grandchildren.
He will be missed dearly.