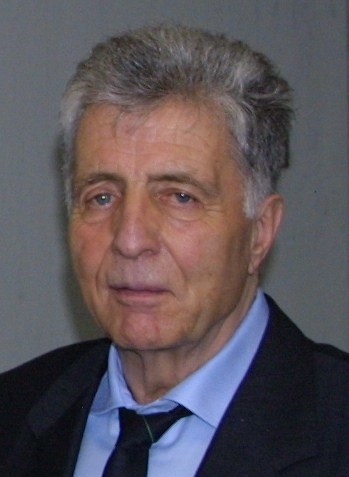 Peter Georg Mezger, Emeritus Director of the Max-Planck-Institute für Radioastronomie in Bonn, died on 9th July 2014. He was born on 16th November 1928 in Lindau at the Bodensee. As a young boy he was drafted into an anti-aircraft battery, an experience that he often recalled later in his life. He began his studies at the Technical University in Munich in 1949, graduating with a Physics Diploma in 1954. Some of his studies were at the École Normale Superieure in Paris, where he made many professional contacts; his friendship with Emile Blum led later to the strong cooperation between Germany and France in developing the IRAM project.

In 1955 Peter Mezger joined the Bonn University project constructing a 25 m radio telescope on the Stockert Mountain. He became involved in providing receivers, pushing radio astronomy observations to shorter wavelengths. The first 11cm survey of the Galactic plane was the result of this development. Realizing that receiver noise at short wavelength was the major obstacle to progress, Mezger moved to the Central Laboratory of Siemens in Munich in 1961. The aim of this move was to develop low noise parametric amplifiers for the Stockert radio telescope. In 1963, with the Stockert project as a basis of his thesis, he was awarded the title of Dr-Ing. by the Technical University in Darmstadt.

In 1963, Mezger was invited by David Heeschen, Director of the National Radio Astronomy Observatory (NRAO), to move to Green Bank. First he became involved in studies of HII regions using the 300 foot dish and the 85 foot telescope at the short wavelength of 2 cm. In Green Bank the 140 foot radio telescope was being commissioned and this gave Mezger great opportunity to develop his research interests. His greatest achievement was the detection of the hydrogen 109a recombination line in Galactic sources using the 140 foot. He took an NRAO 6 cm receiver to Parkes and continued his studies of recombination lines in southern radio sources. Mezger was also a great proponent of NRAO’s 36 foot millimeter telescope at Kitt Peak, which led him to support mm-wavelength astronomy in general.

The construction of the 100 m radio telescope in Germany led to the 1969 invitation to Mezger to become a Director at the Max-Planck-Institute für Radioastronomie in Bonn. He became a member of a Direktorenkollegium with Professors Otto Hachenberg and Richard Wielebinski. This was the start of major development in German radio astronomy.

Mezger developed his direction of research further using the excellent properties of the 100 m dish in Effelsberg. He also became a Professor at the Bonn University in 1971, where he supervised many PhD students. Numerous important publications on Helium abundance or on the Galactic Centre date to this period. Mezger continued his research, both in spectroscopy and radio continuum, leading to his interests in short wavelength (mm and sub-mm) astronomy. The beginnings of mm-astronomy showed the great potential in this frequency range.

The great opportunity came in 1970s when financial support for research was excellent and the wish for European cooperation great. Mezger used his old contacts with France to propose a joint institute. Following consultations, the founding of IRAM (Institut de Radioastronomie Millimétrique) in Grenoble was agreed upon. The Max-Planck-Institute für Radioastronomie in Bonn contributed the 30 m millimeter radio telescope at Pico Veleta while the French side constructed the mm-interferometer on Plateau de Bure. Later Spanish colleagues joined this cooperation. Great new opportunities for mm-wavelength research opened up with these facilities. Mezger was the driving force for the provision of array bolometers for the 30 m dish. Detections and studies of cold dust in many radio sources followed.

Peter Mezger continued his interest in developing observing facilities for even shorter wavelengths. The first step was the construction of the 10 m sub-mm radio telescope on Mt. Graham, Arizona, in cooperation with the University of Arizona’s Steward Observatory. Due to delays connected with ecology issues, the telescope did not become operational until after Mezger’s retirement. However, his interest in even shorter wavelengths let to the use of the Kuiper Observatory and the political work to ensure continuation in the SOFIA airborne observatory project. He was also involved in the early politics that ensured the ALMA project.

Peter Mezger was a great personality who followed his ways with all the possible vigor. He left a heritage of instruments that will be used by generations of radio astronomers. He was a pioneer of radio astronomy who will remain in the memory of his colleagues, students and friends.