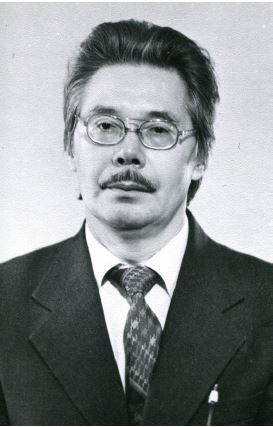 The Main Astronomical Observatory of the Russian Academy of Science deeply regrets to announce that on Nov 30, 2020, at age of 90, passed away Dr. Phys.-Math. Sci. Robert Nazifovich Ikhsanov.

He has graduated from the Department of Astrophysics of the Leningrad State University and did PhD in the Crimean Astrophysical Observatory under the direction of academician G. A. Shajn. Received by him together with academician G. A. Shine and S. B. Pickelner. The results of research on the structure and evolution of the Galaxy provided the basis for the development of this area in the second half of the last century and formed the basis of his PhD thesis. With the transfer to the Pulkovo Observatory in 1959, Robert Nazifovich's research interests shifted towards Solar physics. Together with Yu. P. Platonov he created one of the most advanced solar magnetographs at that time, obtained a large amount of observational data from the Mountain astronomical station near Kislovodsk, in the Pamir and other expeditions of the MAO of the USSR Academy of Sciences, and directly at the Pulkovo site. These works allowed him to be among the first to describe the structure of the magnetic field and its evolution in the active regions of the Sun, linking the phenomenon of solar flares with the ascent of magnetic tubes from under the photosphere, and became the basis of his doctoral dissertation. At the Pulkovo Observatory, Robert Nazifovich has come a long way from a Junior researcher to the Head of the Department and Sector of Solar physics. Over the years, he has published more than 150 scientific articles, a chapter in the Pulkovo course of astrophysics and stellar astronomy, and presented a large number of reports at national and international conferences. For a long time, he was always a member of the Scientific Council of the MAO RAS, was a member of the Dissertation councils of the MAO and Leningrad University, and a member of the International astronomical Union. Under his leadership, a large number of dissertations were prepared and defended, and until very recently, he remained an adviser to the Department of Solar physics, continuing to work with his students and colleagues. We express our deep condolences to the family and friends of Robert Nazifovich Ikhsanov.