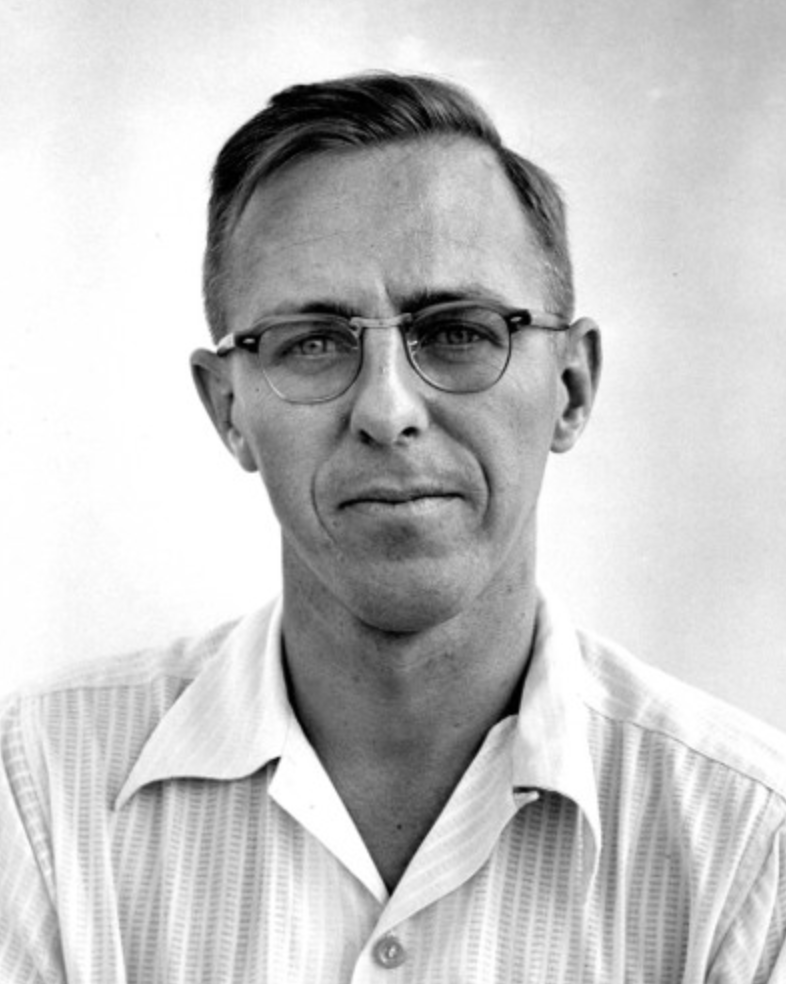 Alan H. Barrett, a professor of physics at MIT, died on 3 July 1991 in Denver, Colorado, after a two-year struggle with cancer. He was 64 years old.

Barrett was born in Springfield, Massachusetts on June 7, 1927. After serving in the US Navy, he studied electrical engineering at Purdue University. He did his graduate work in physics at Columbia University with Charles Townes, specializing in microwave spectroscopy. He received his PhD in 1956 for a study of the microwave spectrum of the halides of indium and gallium.

Eager to apply his knowledge of spectroscopy to the new field of radio astronomy, Barrett began such work as a postdoctoral fellow at the US Naval Research Laboratory. While at NRL, he made his first search for interstellar OH radicals, with A. Edward Lilley. He also became interested in planetary atmospheres after he learned from Cornell Mayer that observations of Venus at a wavelength of 3 cm indicated a surprisingly high temperature.

From 1957 to 1961, Barrett was a research associate and instructor in the department of astronomy at the University of Michigan. In 1960, he proposed a model to explain observations of Venus that indicated brightness temperatures of 600 K at wavelengths longer than 3 cm but of only 300 K at shorter wavelengths. In Barrett’s model, Venus’s surface was hot and the atmosphere consisted of a thick layer of carbon dioxide, which gave rise to pressure-induced absorption and a greenhouse effect. Barrett was the principal investigator on the Mariner II flyby mission to Venus, which produced radiometric data that confirmed his model. In the mid-1960s, Barrett and his colleagues led the development of remote sensing of the temperature and water-vapor structure of the Earth’s atmosphere, first from balloons and later from dedicated satellites. In 1961, he joined the faculty of the department of electrical engineering at MIT, and in 1967, he was appointed professor of physics. Much of his research was carried out in the MIT Research Laboratory of Electronics.

In 1963, Barrett and colleagues discovered two 18-cm lambda-doublet lines from OH radicals in the interstellar medium by their absorption of the broadband synchrotron emission from the supernova remnant Cassiopeia A. It was the first radio detection of an interstellar molecule at radio wavelengths. They later discovered that sources of OH emission were highly polarized, a key piece of evidence that led to their identification as natural masers — intense sources of radiation analogous to lasers. Barrett also helped develop very-long-baseline interferometry, a method of linking radio telescopes separated by thousands of miles so that they would have the resolving power of a single telescope nearly as large as the Earth. This technique has since allowed fundamental advances in the study of quasars, galaxies, and interstellar masers. In 1968, Barrett and his student William Wilson discovered hydroxyl maser emission from red giant stars. In 1974, Barrett and his research team discovered in the Orion molecular cloud the first source of maser emission from interstellar methanol molecules.

In the early 1970s, Barrett and his colleagues developed a technique of medical imaging known as microwave thermography. It uses very sensitive receivers developed for radio astronomy to measure noninvasively the temperature structure several millimeters beneath the skin. This technique has proved to be capable of detecting breast cancer tumors by means of their elevated temperature.

In 1977, Barrett wrote the undergraduate physics text Electromagnetic Vibrations, Waves, and Radiation with George Bekefi. In 1983 he chaired an NSF committee to consider the future of millimeter wavelength astronomy in the US. The first recommendation in the “Barrett Committee Report” was the design of a large millimeter wavelength array, which was brought to fruition 25 year later in the form of the Atacama Large Millimeter-Submillimeter Array. Barrett retired from MIT in 1987.

In all of his work, Barrett combined an infectious enthusiasm, a pioneering spirit, and a practical, commonsense logic. He was admired by his students for his clarity, consistency, and friendly manner, and he taught by example. He trained many of the radio astronomers now working in the US. In appreciation of his work and its impact on astronomy, a symposium was held at MIT in 1987. A prize at MIT, named in his honor, was endowed by his students, colleagues and friends. It is given annually, usually for the most outstanding undergraduate thesis in astrophysics. He will be remembered fondly by his many students, colleagues, and friends.