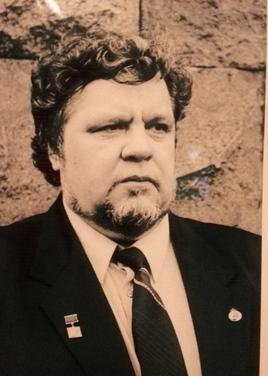 With utmost sorrow, we inform the scientific community that Professor Yuri V.
Barkin, a distinguished specialist in the field of gravitation and Solar System dynamics,
member of the Eurasian Astronomical Society, member of the AApTr editorial
board died on January 10, 2016.

Yuri Barkin was born in Urazovka village of Gorky (Nizhni Novgorod) region. In
1967, he entered the Astronomical Division of Physical Department of M.V. Lomonosov
Moscow State University, where his tutor was Prof. G.N. Duboshin. He graduated
in 1973 and in 1979 got his PhD degree. The theme of his PhD dissertation was
“Periodical solutions of the problem of the translational-rotational motion of celestial
Bodies”. In 1989, he got the Doctor of Science degree for the dissertation “Dynamics
of a system of non-spherical bodies and the theory of lunar rotation”. In 1991, he
was awarded the Professor title.

Yuri Barkin's numerous works are widely known in Russia and beyond. He authored
more than 300 papers, 3 books, 7 courses of lectures for students, gave more
than 330 talks to different scientific conferences. In co-authorship with colleagues
from Spain, Japan, France, China he performed most interesting investigations on
lunar dynamics and many other studies.

Yuri Barkin was awarded the Moscow Komsomol Prize (1983), Diploma and
Decoration of Honor of the Russian Academy of Natural Sciences (2010), and Diploma
of the Moscow Society of Naturalists (2013).