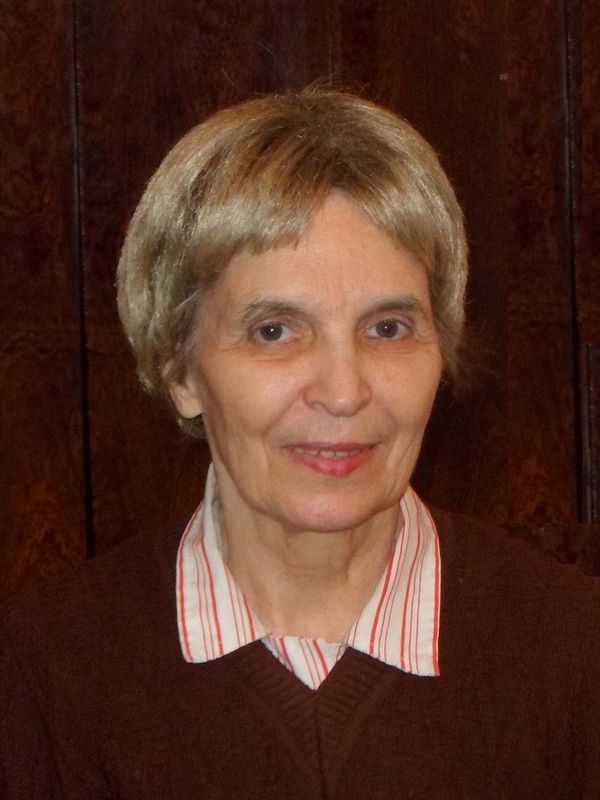 V.T. Doroshenko graduated from the Astronomy Department of the Mechanics and Mathematics faculty, Moscow State University, in 1960. Since 1961, she became affiliated to the Crimean laboratory of the Sternberg astronomical institute (SAI), starting as a senior laboratory assistant. Till 1966, she studied physical conditions in the shells of Novae. Since 1969, she was engaged in studies of the energy distribution in stellar spectra, established a network of secondary standards. In 1966–1972, V.T. Doroshenko studied velocity fields in nebulae on the base of observational data obtained with a Fabry-Perot interferometer, using an instrument designed under supervision of P.V. Shcheglov. In 1972, she presented a dissertation on interferometric and spectroscopic studies of gaseous nebulae and obtained her PhD degree. Since 1978, she was engaged in variability studies of active galactic nuclei from photometric and spectroscopic observations performed in Crimea. V.T. Doroshenko obtained a unique series of photometric data on Seyfert galaxies. An excellent observer, V.T. Doroshenko observed at several different telescopes of the Sternberg Astronomical institute, Crimean astrophysical observatory, and other institutions, took an active part in creating the widely know SAI spectrophotometric catalog of bright stars (1969–1980).

V.T. Doroshenko was a recognized expert in the field of extragalactic astronomy. She conducted thorough investigations of active galactic nuclei, blasars. For many years, she performed photometrical monitoring of extragalactic objects, participated in several large international
projects on active galactic nuclei, such as the AGN Watch. She is the author of more than 200 scientific papers.

V. T. Doroshenko was a tireless worker who devoted herself to her beloved science, she had many accomplishments in different fields of observational astronomy. The results of her observations will be used by future astronomers, her works will be read and cited for many years.

The memory of Valentina T. Doroshenko will remain forever in our hearts.